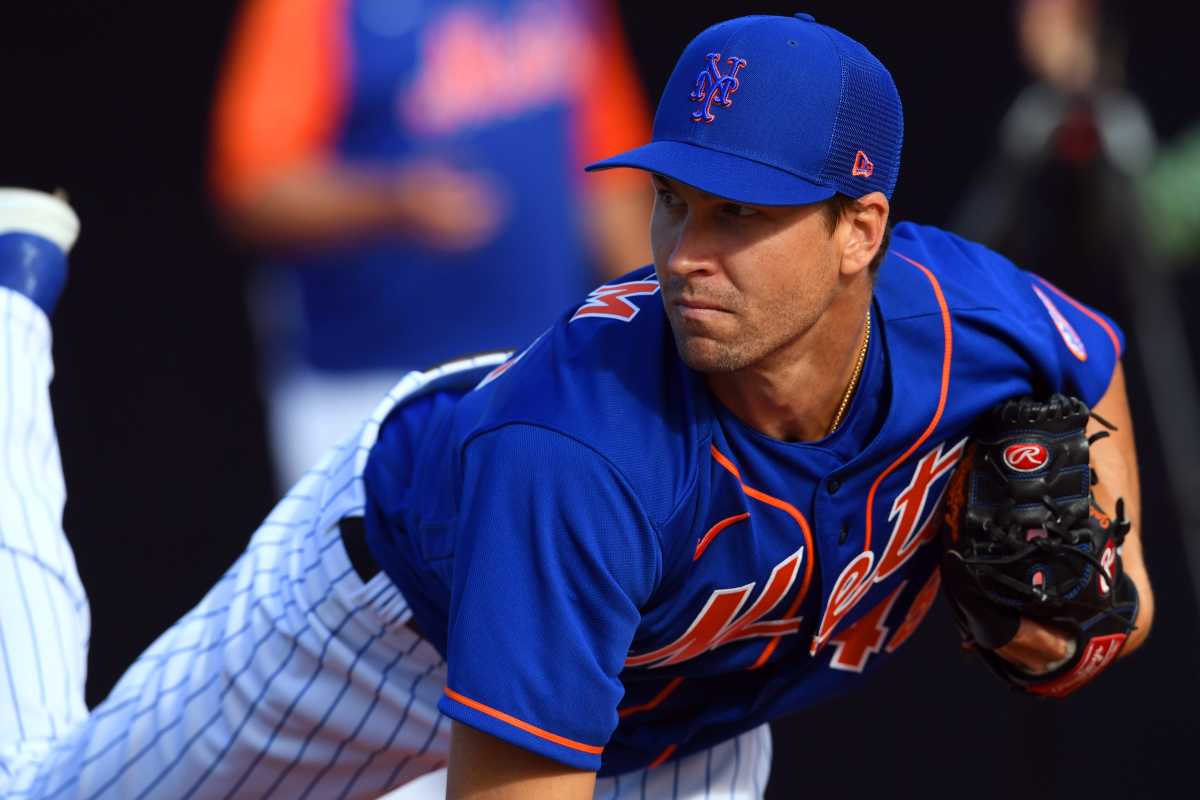 Although manager Buck Showalter has mentioned a number of Mets’ position players that could be candidates to receive at-bats as a designated hitter during the regular season, ace pitcher Jacob deGrom, who is far from a slouch with the bat, was not one of them.

This year as part of MLB’s new collective bargaining agreement, pitchers in the National League will no longer be forced to hit. Instead, the N.L. has been awarded a DH, which benefits teams like the Mets who will now have the ability to deploy an additional bat in the lineup.

But throughout his career, deGrom, a former college shortstop at Stetson University, has consistently turned heads with his ability to hit major-league pitching.

Last season, deGrom slashed .364/.364/.394 with a .758 OPS and six RBI across 33 at-bats in 15 starts. However, he dealt with a slew of injuries, leading up to a season-ending UCL sprain in his right elbow, which prematurely nixed what was shaping up to be a historic campaign on the mound.

While deGrom’s elbow issue was not believed to have occurred as a result of hitting, he tweaked his shoulder in an at-bat during a June 18th start against the Cubs, causing him to exit this outing after three innings.

Now, several Mets’ players are not only hoping that the DH will help reduce injuries on the position player side, but keep their pitching staff healthy as well.

“I hope so,” said Brandon Nimmo, regarding the addition of the DH potentially minimizing the amount of trips to the injured list across baseball. “I know for pitchers, Jake (deGrom) is someone who tweaked some stuff on swings.

“(DeGrom’s) a great hitter. It’s not easy stepping into the box every five days, so I think he could pinch-hit and have success. But we just need to focus on him pitching and throwing his innings – and I think we will be in a good spot.”

As for Dom Smith, a first baseman/outfielder, who should also receive some at-bats as a DH this season, he’s looking forward to this added spot in the lineup because it will allow players to get a full day off from playing the field.

Down the stretch of the 2021 season, several Mets’ position players were dealing with nagging injuries. But the team was fighting to stay alive in the N.L. playoff picture, which saw several regulars be forced to pinch-hit during a rest day, and then remain in the game defensively for the remainder of the contest.

“I’m just happy about the DH because now we can get a day off,” Smith said. “Now guys can get a full day off, where they can mentally and physically recharge.”

And as much as Smith loves the Mets’ pitchers, he is happy that they will no longer have to hit.

“It will keep guys healthy, and our pitchers healthy,” Smith said. “And it will give us an extra bat. I love the pitchers to death. They’re great athletes and all, but nobody wants to see them hit. When the postseason comes, nobody gives a sh*t about a pitcher hitting.”

But deGrom, who can hold his own offensively, won’t like that, right?

“DeGrom will love that,” Smith replied. “Listen, deGrom is great hitter, but half the time he does not want to go hit. He wants to go pitch.”

In the end, a majority of the Mets’ success in 2022 will rely on the health of their star pitchers in the rotation: deGrom and Max Scherzer. If taking the bat out of their hands boosts the Mets’ odds of contending, then the club will significantly benefit from the DH being added to the N.L.

DeGrom intends to opt-out of his contract after the season in order to become a free agent.

However, Marte has done everything but hit up until this point. Anthony DiComo of MLB.com reported that Marte is expected to catch up on at-bats during the final week of camp. At the moment, Showalter and Marte are hopeful that the outfielder can be ready by Opening Day on April 7th.

Showalter first revealed Marte’s oblique issue on Monday, March 14th. According to Showalter, Marte initially informed the Mets of this discomfort in his oblique six days prior, which would date back to around March 8th.

Marte signed a four-year, $78 million contract with the Mets back in November.