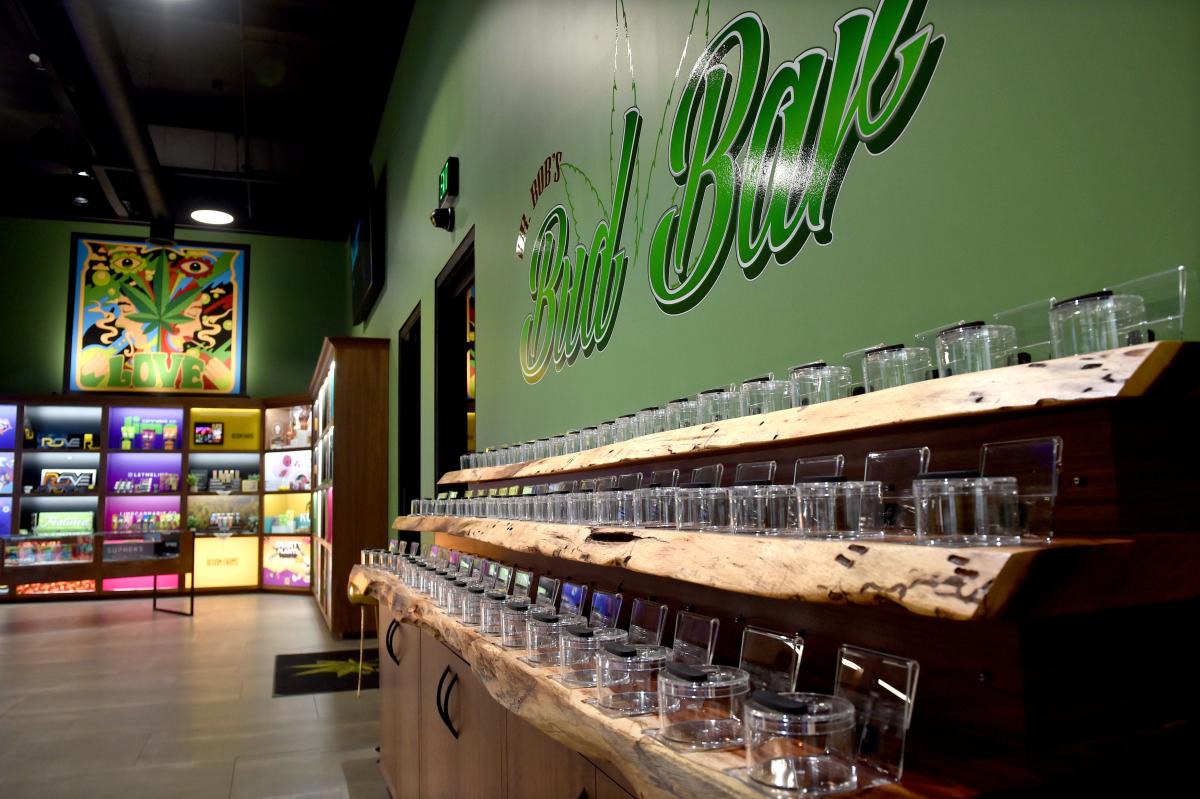 City Manager Drew Powers disclosed the requests at Tuesday night’s City Council meeting. They are scheduled to be considered by the council at its April 12 meeting.

The requests come from Leaf Dispensary and Legendary Organics, both of which opened in early February, the only cannabis dispensaries in Thousand Oaks.

Powers said the two medicinal dispensaries are asking the City Council “to contemplate an initiation of a code amendment to allow … them access to sell recreational cannabis.”

Officials of Leaf and Legendary said Wednesday their requests are being made to increase their bottom lines.

Many potential customers who walk through their doors don’t realize that recreational cannabis isn’t for sale, the officials said. When they learn that’s the case, they leave, they said.

“Being confined to medical only in Thousand Oaks limits our ability to service the community as a whole and lowers potential tax revenues (for the city)” and lessens employment, Leaf President David MacFarlane said.

He said that if business picks up, he’ll be able to hire more employees.

“I had to lay off about a third of our staff of about 11 because I was expecting a much higher customer response,” he said.

Ned Davis, a managing member of Legendary, said Wednesday he too is seeing lots of potential customers walk out when they realize they need a medical recommendation to buy medicinal cannabis.

“So, David and I are in the same boat,” Davis said. “We see the same phenomenon happening.”

Davis, a Westlake Village city councilman, said the dispensaries were expecting that, “but not to the degree that it is.”

Thus, the requests to the city to allow recreational sales “is an economic argument,” he said. “I don’t know how that will resonate with the council.”

Thousand Oaks Mayor Bob Engler said Wednesday the council’s April 12 discussion on the requests will be an important one.

“The council will see specifically what our two dispensaries have in mind and then make a determination after we hear what they have to say,” he said.

Councilman Kevin McNamee indicated Wednesday that he doesn’t favor the sale of recreational marijuana in the city.

“It is my opinion that legalizing recreational marijuana is one of the biggest mistakes that the state has allowed to take place,” he said.

But McNamee noted that he can’t say if he will vote for or against the dispensaries’ requests until he hears their presentations and public comments.

Thousand Oaks would be the only city in east Ventura County to allow recreational cannabis dispensaries.

But the Simi Valley City Council on Feb. 28 indicated it’s willing to discuss permitting them in town. The council directed city staff to poll the city’s four neighborhood councils about the possibility of dispensaries, cultivators, manufacturers, distributors and testing facilities operating in Simi Valley, then report back to it.

Other cities in Ventura County, including Port Hueneme and Ojai, have recreational cannabis dispensaries.

Some dispensaries are coming to Oxnard.

Other cities, including Camarillo and Fillmore, don’t allow marijuana retailers.

Mike Harris covers the East County cities of Moorpark, Simi Valley and Thousand Oaks, as well as transportation countywide. You can contact him at [email protected] or 805-437-0323.

SUPPORT LOCAL JOURNALISM and get all the latest Moorpark, Simi Valley, Thousand Oaks, and transportation news from Star reporter Mike Harris. Get a digital subscription