This Startup Ecosystem In Japan Is Powering Medical Innovation 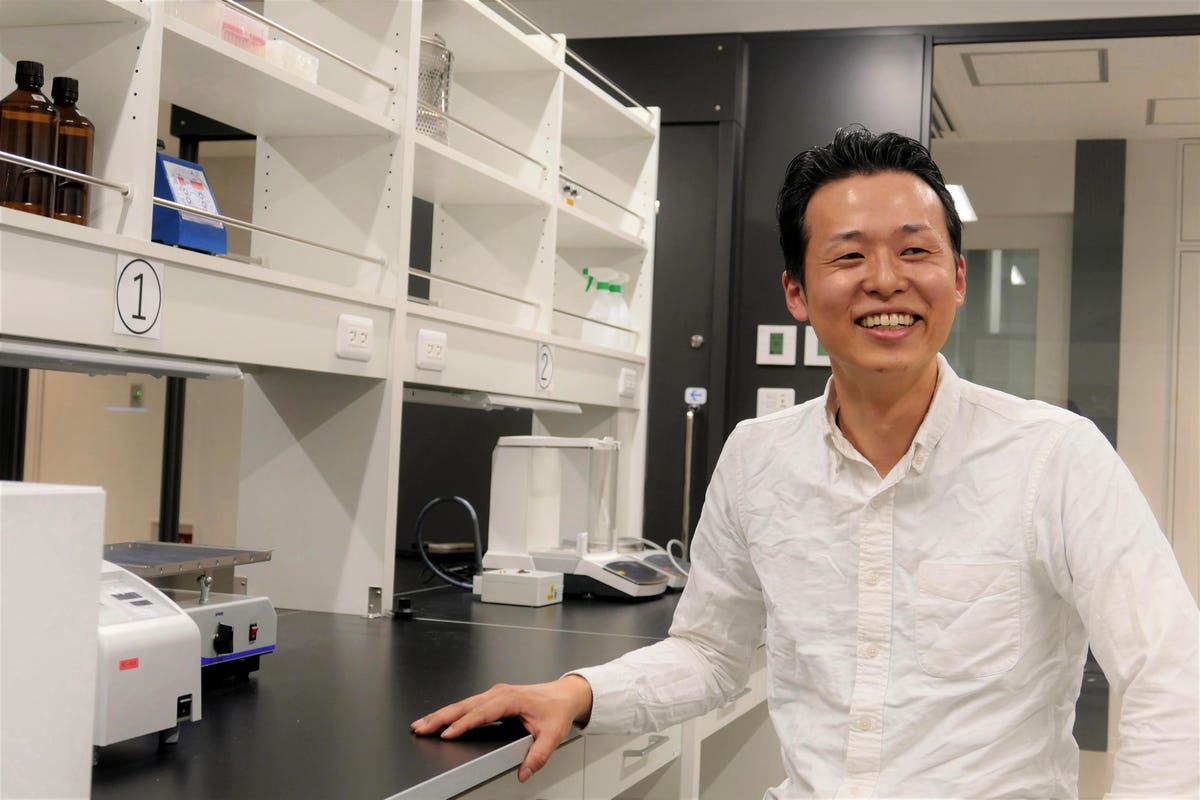 Imagine being able to reverse vision loss with a single injection. A Japanese startup is working on a simple gene therapy that would improve the quality of life for thousands of people with retinitis pigmentosa, a disease that causes blindness.

Fostering such innovative startups and driving technological development to address global issues is one of the major pillars of Japan’s growth strategy. The Government of Japan plans to establish a 10 trillion yen ($86.5 billion) university fund to support research, while building an ecosystem that connects entrepreneurs, universities, financing and public institutions to facilitate startups. Some local governments have already formed ecosystems that take advantage of regional characteristics. One is Kobe, a city that recovered from a great earthquake to become the largest biomedical innovation hub in Japan.

Retinitis pigmentosa is the second leading cause of blindness in Japan, affecting 70,000 Japanese and one in 3,000 to one in 5,000 people worldwide. Photoreceptor cells in the back of the eye gradually degenerate, causing vision loss and in some cases tunnel vision. There is no cure, and people with the condition must adapt to visually impaired living. But a Japanese startup is developing a treatment that could significantly restore vision with one injection. Restore Vision is just one of dozens of new companies doing research in Kobe’s biomedical ecosystem.

“Our solution is gene therapy, done with a single injection, to improve overall quality of life,” says Katada Yusaku, CEO of Restore Vision and a project assistant professor of ophthalmology specializing in retinopathy at Keio University Hospital in Tokyo. “We add a photoreceptor-coding gene to existing neurons, making them photoreceptive and able to detect light.”

As a clinician, Katada treated many patients with retinitis pigmentosa before he became convinced of the power of gene therapy. The technique involves making changes to genes to treat disease, and holds tremendous promise in a range of illnesses including heart disease, cancer and diabetes.

After establishing Restore Vision in 2016, Katada and colleagues pursued their research and published a proof of concept, showing its efficacy in mice in 2020. Other researchers used optogenetic therapy to restore some vision to a retinitis pigmentosa patient using goggles equipped with a camera. Restore Vision’s approach, however, relies on a synthetic version of a light-sensitive receptor protein called rhodopsin. The therapy is more effective, allowing people to see without goggles and even at night.

Restore Vision has raised $3 million from venture capital firms in Japan and the U.S. and is working to have its therapy evaluated in clinical trials and then, pending regulatory approval, commercialized in 2027. Last year, Restore Vision was selected as one of the Japan Agency for Research and Development’s (AMED) technologies for the industrialization of regenerative medicine.

Miyazaki helped put the startup on a firm footing for growth. He formerly worked at science and technology company Leave a Nest, which introduced Restore Vision to Startup Creative Lab (SCL). SCL is a shared laboratory in the Kobe Biomedical Innovation Cluster (KBIC) that began incubating Restore Vision’s R&D operations in 2021. There are a number of hospitals in KBIC including Kobe Eye Center, an ophthalmology hospital that provides total support from basic research to treatment and rehabilitation.

“The Kobe ecosystem has been very beneficial for our growth, with funding from the city, low cost rental office/lab space, and networking opportunities,” says Katada. “Our therapy can restore vision but it requires rehabilitation. In that regard, Kobe Eye Center is the best partner. That’s the most attractive point for us.”

Operated by Leave a Nest, SCL is a space for early-stage life sciences startups in Kobe. As a shared lab fully equipped with a basic set of biotech research tools, it provides an unusual environment where early-stage startups can start experiments immediately. In addition, it has a laboratory for drug discovery research.

“Compared to the rest of the world, I think Japan’s research capability is one of the best,” says SCL manager Hamaguchi Machika. “For society to benefit from this strength, we aim to turn SCL into a place where R&D and business development grow together in parallel.”

Although it was launched in 2020, SCL already has 12 startup tenants including Restore Vision. Another, MiCAN Technologies, is focused on applications involving induced pluripotent stem (iPS) cells, pioneered by Nobel laureate Yamanaka Shinya at Kyoto University. They use iPS cells to develop products for drug screening and diagnostic kits in the field of infectious disease. Other promising companies are in line to move into the lab.

“We want SCL to be a financial and human resources aggregator, and we welcome the participation of foreign-backed startups,” says Hamaguchi.

SCL acts like a life sciences incubator in the greater KBIC. The cluster was launched in 1998 as one of the projects to speed recovery following the devastating Great Hanshin Earthquake three years earlier. Its main objective is to contribute to global medical care.

“Overseas countries helped Kobe a lot after the disaster, so we would like to repay them in the medical field,” says Maruki Takeshi, an assistant manager for Kobe City who is responsible for life sciences startups.

The cluster went from zero companies and organizations in 1998 to 382 in 2022, and has accumulated over $5.1 billion in public investment. The world’s fastest supercomputer, Fugaku, has been set up in the cluster. KBIC has also attracted Japanese and global pharmaceutical companies. The cluster has seen scientific achievements such as the world’s first transplantation of photoreceptor cells using iPS cells.

Recently, KBIC has been focusing on supporting the growth of startup companies.

“We believe that startup technologies, which can contribute to medical innovation, along with pharmaceutical companies, hospitals and other medical institutions, can boost the economy not only of Kobe but also all of Japan,” says Maruki.

The cluster has created a full support system for startups including consultations for regulatory applications, facilitating fundraising and hosting the KOBE Medtech Grand Prix accelerator program. With 58 startups joining the cluster since 2018, bringing the total to 71, new companies now account for close to 20% of all KBIC member companies.

Kobe has turned a legacy of disaster into a powerful ecosystem for better health, allowing startups from Japan to cultivate leading-edge technology that will not only transform people’s lives but change the world.

Kobe is one example of how Japan is fostering innovation. In addition to supporting startups, Japan is building a nationwide ecosystem including major cities, academia and the public and private sectors to enable science and technology to benefit people around the world.

Note: All Japanese names in this article are given in the traditional Japanese order, with surname first.