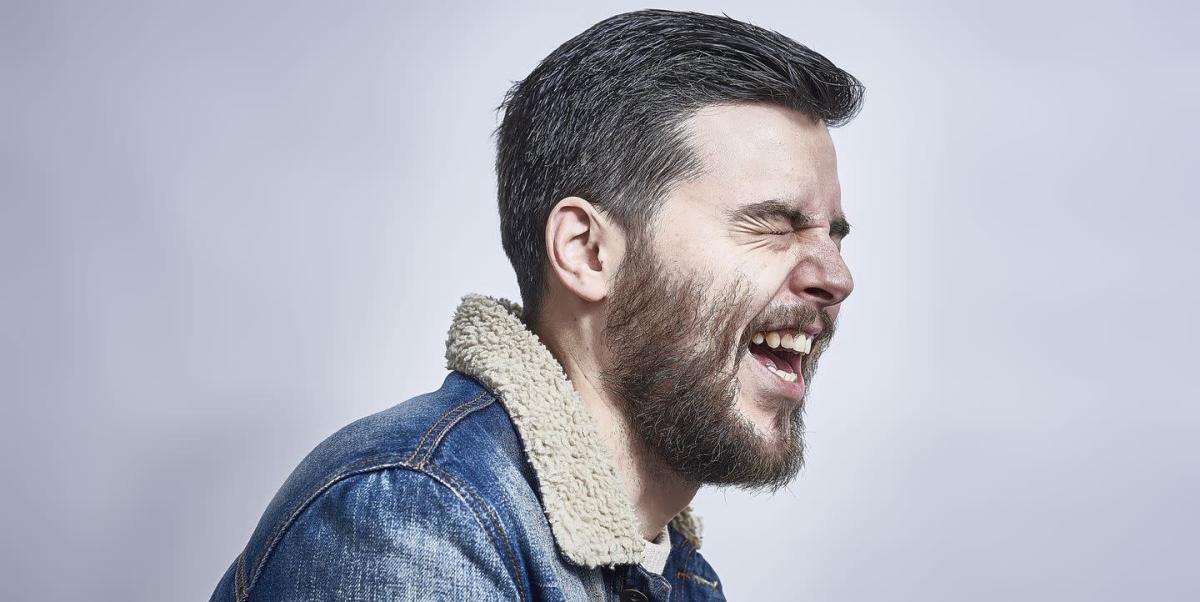 Following on from previous health and wellness challenges which saw him giving up alcohol, adopting a biphasic sleep schedule and working out every single day, YouTuber Craig Benzine (a.k.a. WheezyWaiter) tries a different kind of experiment in his latest video: laughter yoga. This is the practice of voluntary laughter popularized by Dr Madan Kataria which is purported to yield the same emotional and physical benefits as spontaneous laughter.

Benzine commits to spending five minutes each day laughing without stopping, to see if there is any kind of positive long-term impact on his mental or emotional state. And the first thing he learns—other than that laughing on purpose feels awkward and weird to begin with—is that five full minutes of chortling is physically draining.

“I’m exhausted,” he says after his second attempt. “I do feel loose, comfortable and good in general all over.”

As time passes, Benzine becomes more accustomed to his daily laughing stint, and even plays around with different laughing styles on different days, including the “Eddie Murphy” and the “super-villain.”

“You can totally fake laughter enough that it starts to feel like real laughter. It feels really good,” he says. “Part of the challenge is trying to laugh realistically: get it from the gut, make it feel real.”

Ultimately, Benzine does glean some benefits from his voluntary giggles, and finds that even on days when he doesn’t particularly feel like sticking to his new habit, once he has done it, he always tends to be glad he did:

“Just like meditation, just like exercise, just like yoga, things that you force yourself to do to feel better, when you’re tired that’s when you don’t want to do them the most. I want to live in my tiredness… That’s the last thing you want to do, is laugh. But it works. You laughing makes you laugh more… It gets you over that hump and I do feel better now… It makes your entire body feel good and it lasts for several hours after.”

“This experiment was a good reminder that nothing is really funny or not funny, it’s more a question of if you can find the humor in it within yourself,” he adds.