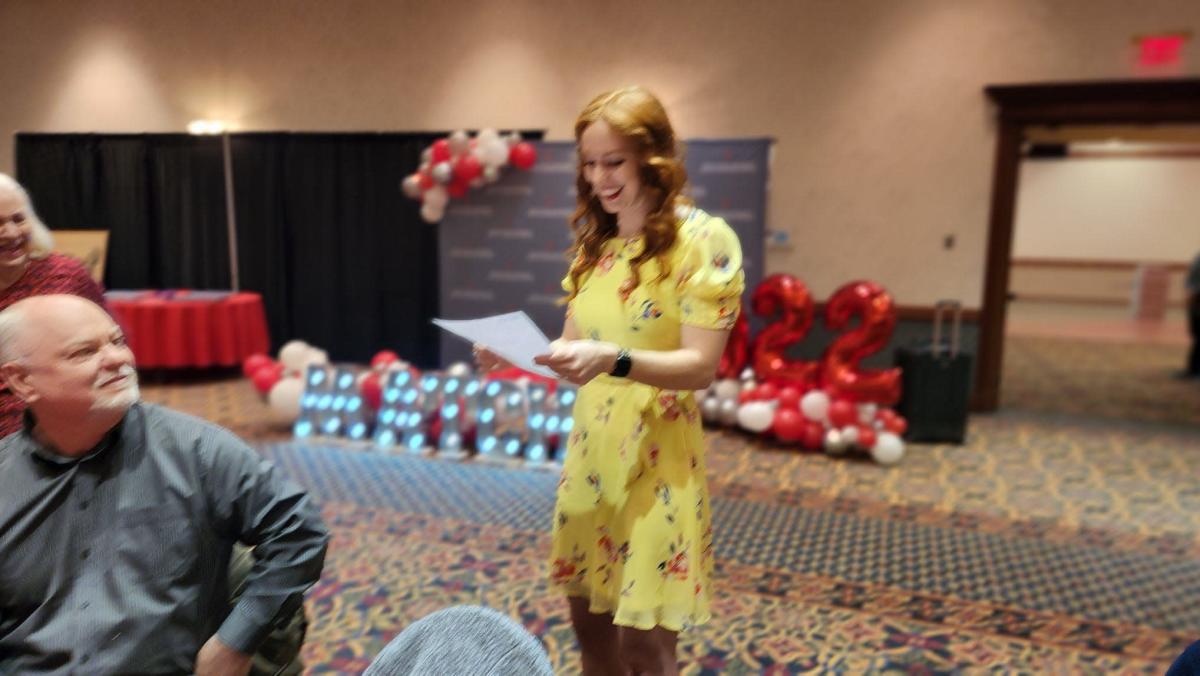 Fourth-year students across the country received their match assignments Friday that will determine the residency programs and locations where they will spend the next chapter of their medical journey. Fifty-seven of these soon-to-be physicians nervously opened envelopes that contained the new chapters of their medical careers at the Amarillo Civic Center Ballroom.

At 11 a.m. sharp, all students opened their envelopes and expressed their relief and excitement with their residencies now no longer a mystery. Families and faculty of the students were present to share in the career-altering achievement for those involved.

The process of Match Day is celebrated at the 155 U.S. medical schools accredited by the Liaison Committee on Medical Education. Starting on the Monday of Match Week, applicants are informed whether they have been matched to a residency program, but the student is not told the program’s name until Friday of Match Day.

Starting in 1952, Match Day has played out on medical campuses, with aspiring physicians nervously finding out the future destinations of their medical careers. Depending on the chosen field of medicine, residencies can last from three to seven years.

“What an exciting time for each of our students,” TTUHSC School of Medicine Regional Dean Richard Jordan, M.D., said. “They are now beginning the pathway to the medical specialty in which they will spend the rest of their professional careers. This new training arena will be quite challenging but very highly rewarding, and we believe they will more than meet the challenge.”

Many months before Match Day, students begin applying to residency programs ranking their preferred residency programs. After evaluations and interviews by administrators of each program, all data used to rate each candidate is evaluated by the National Residency Matching Program, which decides which training program they will be accepted to attend.

With her many years of schooling to become a plastic surgeon, Emily Hecox was one of many students ecstatic to find out their destination. Hecox was matched to one of her top choices, the University of Mississippi Hospital in Jackson, Mississippi, for a six-year residency.

“This is the culmination of many years of education and hard work and sacrifices,” Hecox said. “I had a lot of support from my family. Four years in the making, and today is the day.”

Hecox said that she made this program one of her top choices due to the high level of training she would receive there and the family atmosphere.

“The family environment of this residency has a lot of really great support from their faculty,” Hecox added. “It is a great place to raise a family and has a great head-to-toe comprehensive training program.”

She said she chose plastic surgery because she enjoys the creativity and the ability to help people with the reconstruction of their bodies as needed. Hecox also liked having a continuity of care with her future patients.

Fellow internal medicine students who became a couple during their time in school, Collin Telchik and Jessica Lovelace, got the exciting news that they would continue their education in medicine at the same residency program at the Baylor Scott and White Medical Center.

“They were my number one choice,” Telchik said. “They were one of two programs in the state that have a lifestyle medicine curriculum. It integrates like fitness and lifestyle choices with medicine, and I am really interested in this type of training program.”

Telchik said that he has the ambition to become an infectious disease expert brought on by many of his early classes and that internal medicine is a prerequisite to getting into that field.

Lovelace said that both she and Telchik hoped they would be able to be in residency at the same program and were so excited to see their dream come to fruition, since they had been together since the first months of the first year of medical school.

“Internal medicine is such an interesting field; it encompasses so many aspects of adult medicine,” Lovelace said. “ I primarily want to work in a hospital and be a general hospitalist, allowing me to see many different patients daily.”

Lovelace also stated another special reason for wanting to be in Temple, Texas, about the locality to family in Houston and San Antonio.

“I wanted to be close to my family,” Lovelace added. “I have been away from my family for over 10 years in West Texas. I am really excited to go back and be close to them.”