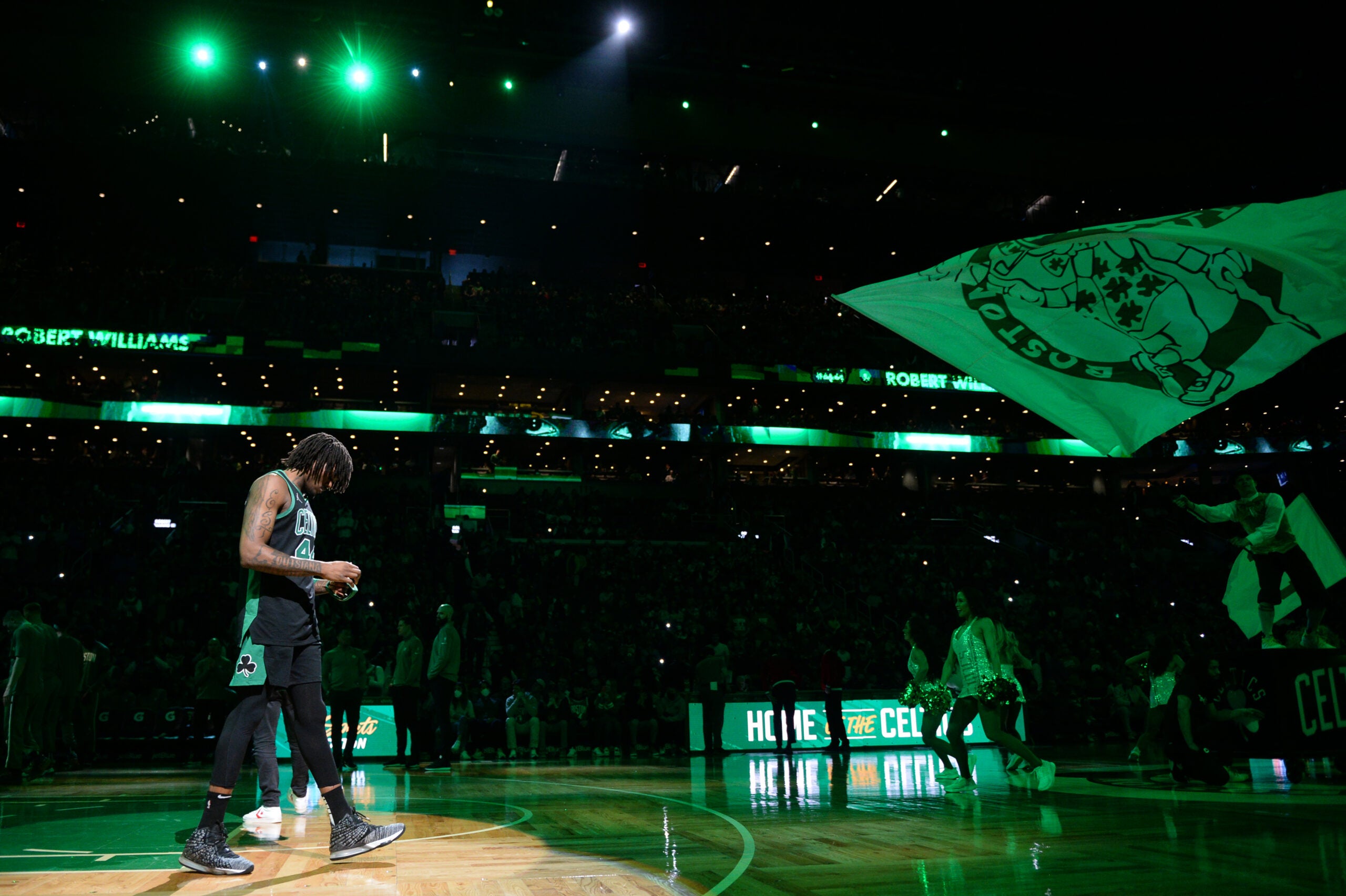 For most of the season, the combination of Robert Williams and Al Horford remained encouragingly healthy for the Celtics.

Sure, both Horford and Williams missed the odd game here or there, but Williams — who was notoriously injury-prone in previous seasons — and the 35-year-old Horford both played more than 60 of the Celtics’ 75 games prior to Monday. Before the season, 60-plus games from both players would have been considered a massive win.

What’s more, the two looked great doing it — even when they shared the court together. For a Celtics fanbase scarred by the horrific double-big lineup of Tristan Thompson and Daniel Theis, watching lineups with Horford and Williams outscore opponents by 14 points per 100 possessions (and 24.3 points per 100 possessions in their league-best starting lineup) was a pleasant surprise.

So when Williams left Sunday’s game with a foreboding “knee sprain” according to the Celtics, anyone paying attention braced for bad news. Ime Udoka didn’t sugarcoat anything postgame — he said Williams was in a lot of pain on the lateral side of his knee.

“It’s too early,” Udoka said. “He got looked at by the doctors, but until the scan comes back in the morning, we’ll know more.”

Udoka is normally a straight shooter, which made his ominous tone even more concerning. Sure enough, the Celtics confirmed on Monday afternoon that Williams suffered a torn meniscus. He will miss “several” weeks at least per ESPN’s Adrian Wojnarowski, and he could miss significantly more (the Celtics promised an update later in the week). Meniscus tears are notoriously volatile — sometimes a player comes back in a matter of weeks, which could have Williams back on the court by the second round of the playoffs, and sometimes a player misses months.

This is (of course) a blow to the Celtics’ for a host of reasons. Lineups with Williams have outscored opponents by 10.5 points per 100 possessions this season. He is second on the team in on/off impact (minimum 200 possessions) — the Celtics are 7.6 points better with Williams on the floor, per Cleaning the Glass. Offensively, Williams is a game-breaking lob threat. Defensively, he band-aids over the few mistakes made by the Celtics’ perimeter threats.

Still, the Celtics have a few reasons for continued optimism.

Al Horford is nearly as impactful defensively as Williams

While Horford missed Sunday’s win and will miss Monday’s game against the Raptors as well due to personnel reasons, any glimmer of hope remaining for the Celtics starts with his deeply impactful play.

Turn to some of the more advanced metrics, and Horford sometimes outstrips his Defensive Player of the Year candidate teammates. He and Robert Williams are both +2.3 in defensive estimated plus/minus (an adjusted version of the box score stat), which is 95th percentile league-wide. Horford is tied for 8th in defense per RAPTOR (FiveThirtyEight’s project), and he’s No. 1 in the NBA in D-LEBRON — a stat that measures defensive impact per 100 possessions — ahead of both Rudy Gobert and Draymond Green.

Horford’s schematic impact is obvious as well — look no further than the Celtics’ 48-point win over the Sixers earlier this season. For years, nobody in the NBA guarded Joel Embiid and Giannis Antetokounmpo better than Horford. Now, at 35, the Celtics hope he has more of the same magic left.

Keeping as many players healthy as possible entering the postseason is now the most impactful thing the Celtics can do — significantly more impactful than earning the No. 1 seed. Horford is a prime example.

In retrospect, picking up Theis was a brilliant move by Stevens at the deadline even if it was a bit of a last-second Hail Mary. Bringing back big depth made the situation significantly less dire in the event that one of Horford or Williams got hurt — not only is Theis a very competent big man, he was also the starting center on the team that made a run to the Eastern Conference Finals in 2019-20. He’s far from a scrub, even if the Celtics paid scrub prices to acquire him.

Grant Williams, meanwhile, has spent much of the season working to transition himself from a small-ball big to a forward, but he dug in and defended hard after getting lit up by Karl-Anthony Towns in the first quarter of Sunday’s game. In his limited minutes at center this season, the offense was a wreck but the defense shined.

Theis and Grant Williams aren’t as impactful as Robert Williams, but they can pitch in behind Horford.

The defense overall continues to get better

Take Robert Williams off the floor, and the Celtics’ defense unquestionably gets worse. Still, some mitigating factors exist, including the addition of Derrick White. A lineup with Marcus Smart, Derrick White, Brown, Tatum, and Horford has played just 13 possessions together per Cleaning the Glass, but it’s not difficult to imagine that group becoming a defensive juggernaut. White in particular has been an on/off superstar on the defensive end, and if his shot rises back to water level, he could be even more impactful.

In less words: The Celtics are a much better team holistically than they were to start the season. Losing Williams is tough, but it might not be quite the death knell it would have been in November or December.

We don’t know how long Williams will be out, and the Celtics will miss him immensely for at least part of their playoff run. But this team still has a lot of weapons, including Jayson Tatum and Jaylen Brown. If the defense stays decent, those two give the Celtics at worst a puncher’s chance in a tough Eastern Conference.

Get breaking news and analysis delivered to your inbox during basketball season.