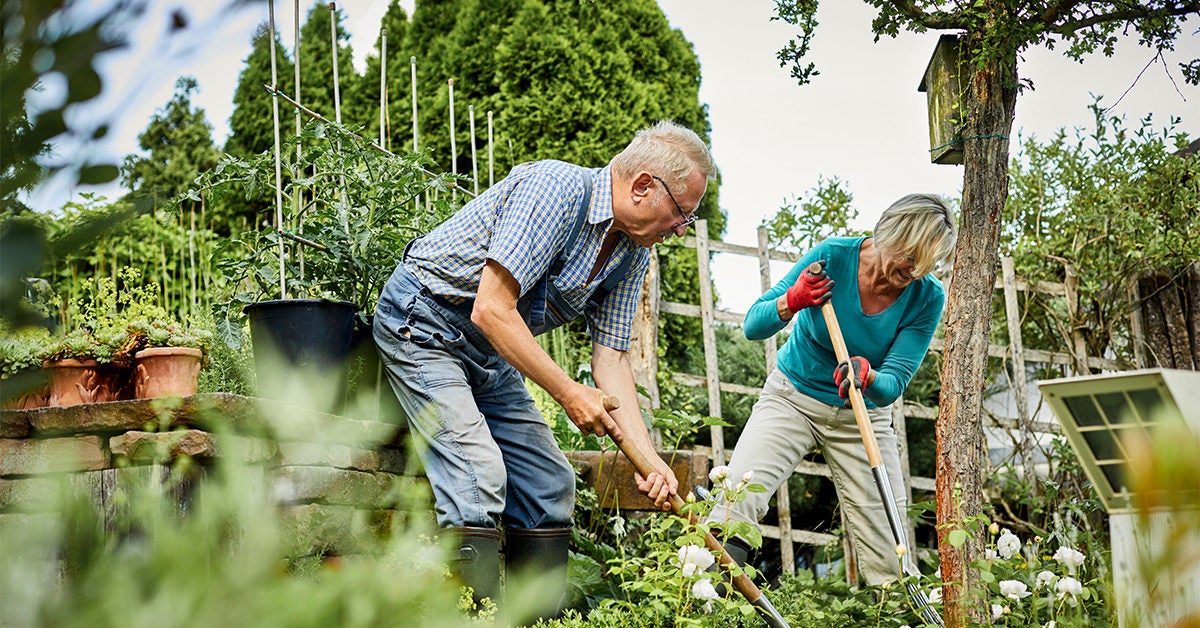 Walking, gardening, swimming, or even dancing may slow brain shrinkage in older adults.

That’s the conclusion from research that will be presented next month at the American Academy of Neurology’s annual meeting in Toronto, Canada.

In the study, researchers say they found that older adults who regularly participated in walking, gardening, swimming, or dancing had larger brains than their inactive peers.

The impact of the exercise was found to be equivalent to 4 fewer years of brain aging.

“These results are exciting as they suggest that people may potentially prevent brain shrinking and the effects of aging on the brain simply by becoming more active,” Dr. Yian Gu, an author of the study and an assistant professor of neurological sciences at Columbia University in New York, told Healthline.

“Recent studies have shown that as people age, physical activity may reduce the risk of cognitive decline and dementia,” she added. “Our study used brain scans to measure the brain volumes of a diverse group of people and found that those who engaged in the top third highest level of physical activity had a brain volume the equivalent of 4 years younger in brain aging than people who were at the bottom third activity level.”

The researchers used magnetic resonance imaging (MRI) to measure the brains of 1,557 people who undertook various levels of activity that ranged from inactive to very active.

The average age of the study participants was 75.

The participants were divided into three groups based on activity level. They included those who were:

The participants undertook thinking and memory tests as well as being physically examined. They also detailed their daily tasks and other physical activities.

“These findings have important public health implications since many people exercise less as they age,” said Dr. Verna R. Porter, a neurologist and director of dementia and Alzheimer’s disease programs at the Pacific Neuroscience Institute in Santa Monica, California, told Healthline.

“However, only a quarter of adults over age 60 actually achieve this amount,” she told Healthline.

As people age, the volume of the brain and/or its weight declines at a rate of approximately per decade after age 40. It is thought the rate of decline possibly increases with age, particularly in people over 70.

“We use brain size as a measure that reflects atrophy or shrinkage of the brain. As people age, the brain shrinks, beginning in the mid to late 30s, and brain size reflects to some degree the pace of brain aging,” Dr. Jeffrey Burns, co-director of the University of Kansas Alzheimer’s Disease Center, told Healthline.

“When the brain shrinks we see the loss of brain cells and also reduced size of many of the brain cells,” Burns added. “These types of changes are normal with age to some degree but are accelerated in those with diseases such as Alzheimer’s disease.”

Dr. Gary W. Small is the director of the UCLA Longevity Center and author of “The Small Guide to Alzheimer’s Disease.”

He says part of the challenge facing neuroscientists is that people are living longer than they have in the past.

“We are all victims of our advancements in medical technology,” Small told Healthline. “The good news is we’re living longer than ever before in history because of medicine, different surgical procedures, and other interventions. The problem is that our brains weren’t really engineered to live and function well for 70, 80, 90 or more years. So just as our bodies age, our brains age.”

“What we’re trying to do in neuroscience is to try to figure out those changes and try to come up with interventions to slow down that process so people can not only live longer but live better,” he added.

Small says there have been many studies that suggest lifestyle factors, rather than genetic factors, are more important in determining how well the brain ages.

“Physical activity has several effects on the body and the brain. When you’re physically active, particularly when you engage in cardiovascular or aerobic exercise, it makes your heart stronger and more efficient. A stronger and more efficient heart will deliver the nutrients and oxygen your brain cells need to function normally. It also is associated with lower levels of amyloid and tau in the brain, physical evidence of Alzheimer’s disease,” he said.

“People should not be discouraged about their brain health but be encouraged to get started and to ease into a program that makes sense for them,” he added. “You can do this at any time and any age. It’s never too early or too late to start living a brain healthy lifestyle.”