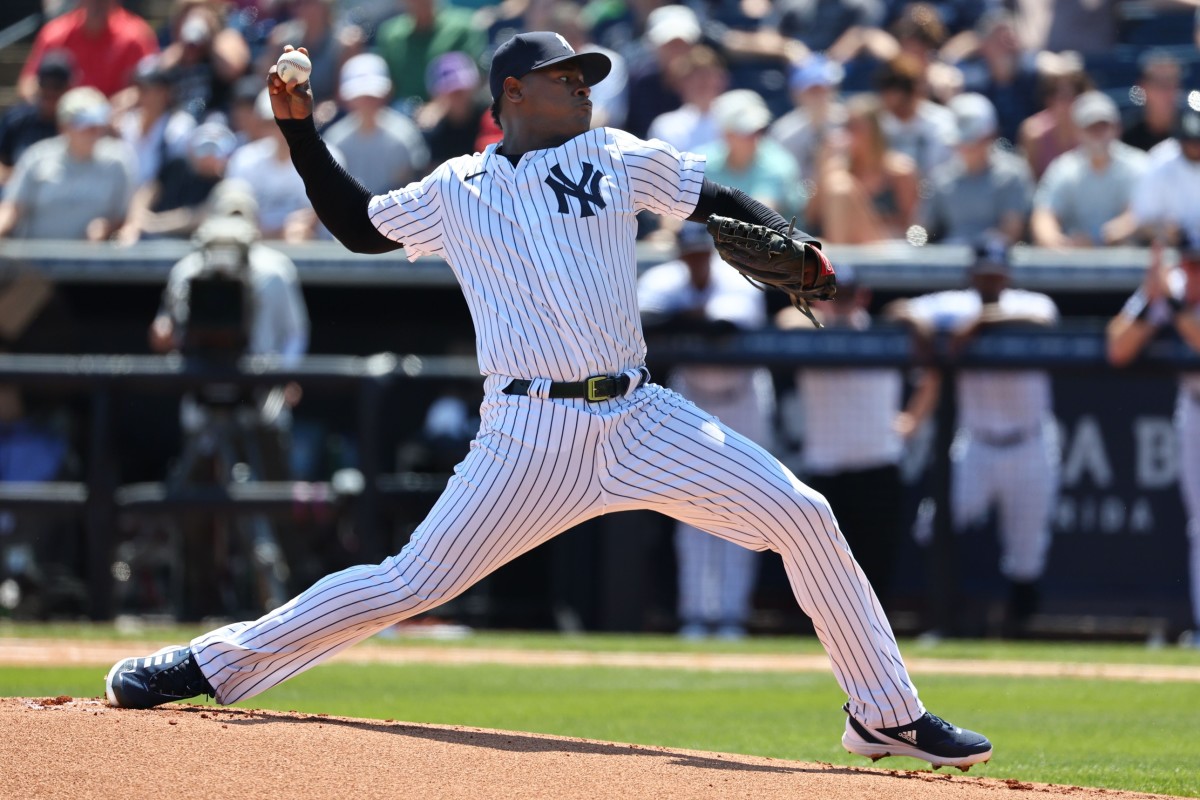 TAMPA — As Luis Severino toed the rubber in the bullpen at George M. Steinbrenner Field on Sunday, preparing to make his first spring training appearance of the year, the right-hander thought back to what transpired on March 5, 2019.

While warming up to make his first start of the spring on that day three years ago, Severino felt discomfort in his shoulder. That moment turned out to be the beginning of an injury-riddled campaign for the right-hander, keeping the ace sidelined all the way until the month of September.

Factoring in his elbow injury the following spring, forcing him to undergo Tommy John surgery, Severino has thrown just 18 innings since 2018.

That in mind, as Severino snapped sliders and hurled heaters in preparation for an otherwise meaningless outing, his heart was pounding.

“Today, I felt more nervous than [my debut] in 2015,” Severino said in the clubhouse after New York’s Grapefruit League loss to the Tigers. “I haven’t pitched in spring training since 2018.”

Severino allowed four earned runs on Sunday, serving up four hits including a two-run home run off the bat of Detroit’s right fielder Robbie Grossman. Those numbers couldn’t have meant less to the right-hander, though. He was focused solely on staying healthy.

“I have time to work on pitches and I know when I need it, my slider and my changeup my fastball command will be there, but today was more about feeling good,” he said.

The command was far from where it needs it to be, but manager Aaron Boone was encouraged with what he saw from the right-hander, admitting that he has high expectations for Severino this season.

“I’m not going to put a cap on what Sevy can do,” Boone said. “He’s been a great pitcher in this league. He’s proved it and now it’s about him going out there and being healthy, which I clearly think he is. And if he does that, I won’t be surprised by anything he does, from a ceiling standpoint.”

When healthy, Severino has been one of the very best starting pitchers in the game. In 2017, he finished third in the race for the American League Cy Young Award, posting a sparkling 2.98 ERA over 31 starts. He pitched like an ace again the next year, winning 19 games and earning his four-year, $40 million extension.

“If I’m healthy, I know the kind of pitcher that I am and I know what I can bring to the team,” Severino added.

The 28-year-old projects to occupy the No. 2 spot in New York’s rotation this season, a right-hand man to the Yankees’ $324 million arm, Gerrit Cole. Even if he’s been hindered by injuries in recent years, Severino’s teammates are pumped to play behind him this season as well.

“That’s one guy I’m definitely excited to see back, see healthy, see on the mound again,” Aaron Judge said earlier this past week. “I don’t want him to rush. I want him to take his time. It is a long season. We need him for 162 but he’s gonna be a big one for us.”

Asked if he believes he’ll be ready for a full season when Opening Day rolls around in a little less than three weeks, Severino said he’s hopeful.

Follow Max Goodman on Twitter (@MaxTGoodman), be sure to bookmark Inside The Pinstripes and check back daily for news, analysis and more.