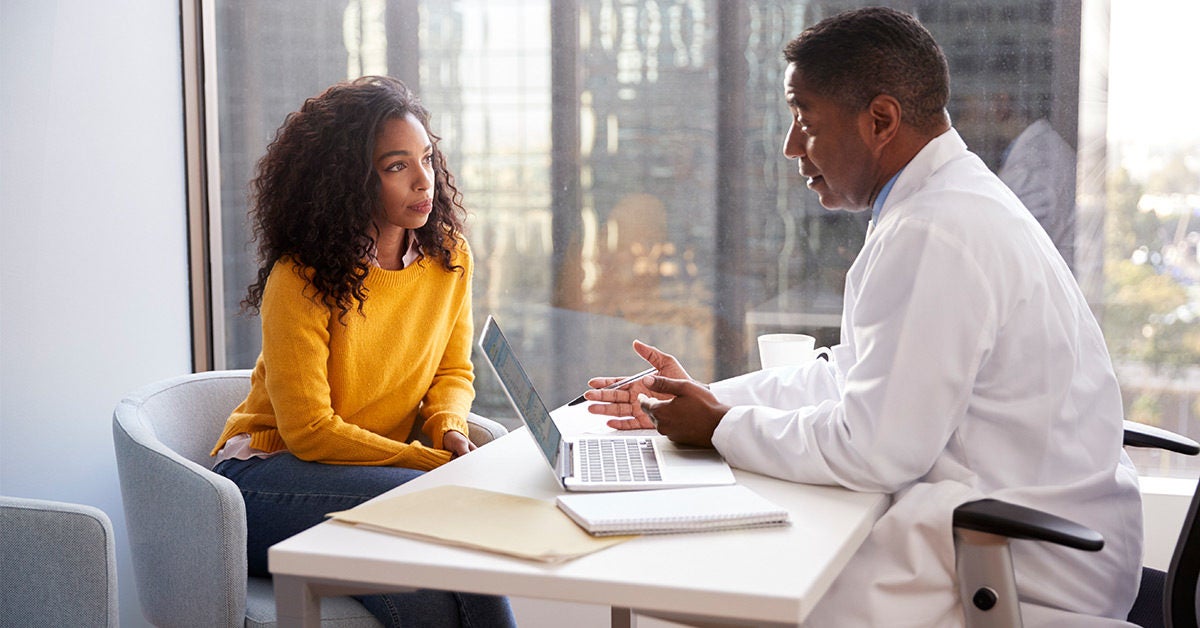 If you want to have the best chance of detecting and treating deadly colorectal cancer, you might want to start getting regular screenings as soon as age 45.

Back then, we said, “earlier is better.” But it turns out that even earlier is even better.

New figures released today by the American Cancer Society seem to back that up.

The organization reports that the median that people in the United States are now diagnosed with colon or rectal cancer has dropped to 66.

A study published earlier this year in the journal also bolsters the screening recommendation.

In that study, researchers reported a 46 percent increase in colorectal cancer rates between ages 49 and age 50.

This doesn’t mean that between ages 49 and 50 there’s a magical increase in colorectal cancer rates. Instead, it reflects the likelihood that the onset of colorectal cancer is happening in the years prior to the standard age 50 screening.

“Generally, owing to a lack of screening, the incidence of colorectal cancer (CRC) among patients 49 years or younger reflects mainly diagnostically detected CRCs (owing to symptoms) or higher-risk screened groups (owing to family histories of cancer), in contrast to those 50 years or older, in whom CRCs are detected owing to both diagnostic testing and average-risk screening,” the study authors wrote. “Steeper [increases] from 49 to 50 years compared with earlier age transitions would support an excess of screening-related cases.”

There are disagreements between various health organizations about when colorectal cancer screenings should begin.

The American College of Physicians recommends regular screenings at age 50 as does the U.S. Preventive Services Task Force.

However, the American Cancer Society has recommended screenings start at age 45 since 2018.

“This [recommendation] was based on a complex model created by the Stanford School of Medicine that estimated that changing to screening at age 45 would save two lives in 1,000,” Dr. Timothy Cannon, clinical director and moderator of the weekly molecular tumor board at the Inova Schar Cancer Institute, told Healthline. “Though the incidence of colorectal cancer is fairly steady overall, it is occurring more frequently in younger people and I think screening earlier than age 50 is prudent.”

But to get to earlier screenings, doctors and patient groups may have to convince the U.S. health insurance system first.

“The reality of screenings between ages 45 and 50 is they’re dependent on what insurance companies agree to pay for,” Dr. Glenn H. Englander, a gastroenterologist in Palm Beach, Florida, told Healthline. “The incidence of colon cancer above age 50 has dropped because of colonoscopy screening. But to screen people under 45 would take a lot of resources with relatively little bang for the shrinking buck.”

But that bang for the buck may be increasing, with a trend of increasing early colorectal cancer cases up five-fold in people younger than age 50, according to Dr. Anton Bilchik, surgical oncologist, professor of surgery, chief of gastrointestinal research, and chief of medicine at John Wayne Cancer Institute at Providence Saint John’s Health Center in California.

“Obesity is one of the leading risk factors for colon cancer,” he told Healthline. “It starts with childhood obesity so there should be greater attention to diet and exercise at an early age.”

But the reasons for this uptick in cancer risk might be muddier than that, according to Cannon.

“Obesity and sedentary lifestyles are the most common reasons cited, but this doesn’t seem consistent with my observations,” he said. “In fact, I have seen two ultramarathoners under 40 with colon cancer in my practice. There are a host of possible environmental causes and I suspect that some of this may be related to a changing microbiome as well.”

But regardless of the reasons why, experts say the evidence seems to support increased screening for colorectal cancer at a younger age.

“It is essential for the public to know that the increase in young people being diagnosed with colorectal cancer is way higher than any other cancer,” Bilchik said. “Since most colorectal cancer is preventable with early screening it is imperative that this is widely publicized.”

Getting public buy-in will likely include a multi-pronged effort on behalf of doctors and others as well as having multiple ways to conduct screenings, Dr. Maen Abdelrahim, a colorectal oncologist with Houston Methodist in Texas, told Healthline.

“Even though there is clear evidence showing the effectiveness of screening and the availability of a variety of test options (both visual examinations, performed at a healthcare facility, and stool-based tests, performed at home), screening utilization for CRC remains low,” he said. “Screening-related challenges include financial resources, no usual source of care, inadequate insurance coverage, lack of provider recommendation, logistical factors (e.g., transportation, scheduling, and language), fear, and lack of knowledge.”

To combat this, Abdelrahim says we need to educate adults about the preventable nature of this disease and the importance of early screening within it.

“Educate adult individuals that the slow course of growth from precancerous polyp to invasive cancer provides a crucial opportunity for the prevention and early detection,” he said. “Screening should be advertised as a procedure that can prevent cancer through the detection and removal of precancerous polyps/lesions and can detect cancer at an early stage when treatment is usually curative and successful.”