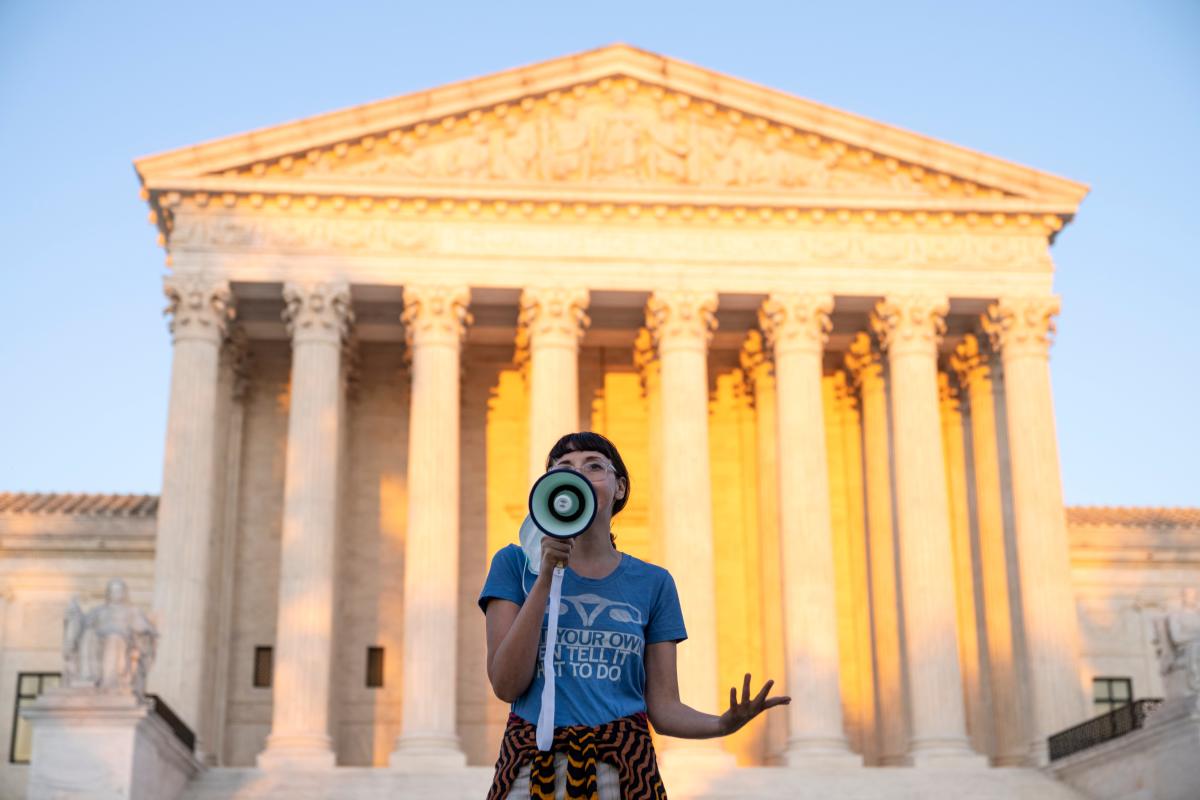 On Match Day, the celebratory day in March on which medical students discover where they will be doing their residency training, second-year medical student Dana Vega was ecstatic to learn she’d gotten into the Texas A&M College of Medicine.

Vega didn’t think Texas’ restrictive abortion law would interfere with her right to learn the medical procedure. She soon realized she was wrong.

Now, she said, she is questioning her dream of becoming a doctor in her home state.

“It’s difficult to want to work and study in a state that is so anti-abortion, it’s super difficult to find abortion training,” she said. “I’ve even been met with hesitation from numerous medical mentors in Texas to talk about abortions in the past.”

Across the country, as conservative states move to push laws or measures aimed at curbing abortions and those who provide them, a chill has shot through the community of medical students, physician instructors and other doctors involved in abortion care. Those already trained in the procedure say anti-abortion rhetoric is creating an environment in which they have to pick between being employed or providing what they see as a necessary service, while students say it is becoming even harder to learn this life-saving skill.

“We are experiencing something in the U.S. that is really unprecedented,” said Pamela Merritt, executive director of Medical Students for Choice, an organization with more than 200 chapters in 28 countries that advocates for abortion education and training. “Our members are horrified that they’re facing this.”

Abortion education and training is already limited for many students in the United States. In 2020, Stanford University researchers found that half of medical schools included little to no formal abortion training; some offered only a single lecture. Abortion training is not offered at Oklahoma’s two medical schools, for instance, and education on the topic is limited.

While U.S. medical schools require students to complete a clerkship in obstetrics and gynecology, there is no mandate that their education covers abortion treatment. At the post-graduate level, OB-GYN residency programs are required by an accrediting group to provide access to abortion training, though residents who object can opt-out of performing abortions.

Abortion training includes tools needed in miscarriage and dilatation and curettage or D&C operations. D&C is a surgical procedure in which the cervix is dilated so that the uterine lining can be scraped to remove abnormal tissues, a life-saving technique to ensure a woman doesn’t die from excessive bleeding during a miscarriage, Bourne said.

But recent state laws have made it even more difficult to access the already limited abortion training. An Idaho law enacted last year bars using tuition and fees for abortion and related activities in school-based clinics at institutions that receive state funds. In Missouri, a Republican state senator has reintroduced a bill that would tax the endowments of universities with medical faculty who perform or provide training in abortions.

Other efforts include a Wisconsin bill that would bar employees of the University of Wisconsin and its hospitals from participating in abortions, including training. It failed to advance in March but its sponsor plans to reintroduce the measure.

In Mississippi, Francesco Martin, a first-year medical student at the University of Mississippi Medical Center, said he’s been met with criticism when asked about abortion training.

Last year, when Martin did not match with the University of California-Davis medical school, he opted for a spot with the Mississippi program. Martin said that while he was relieved to be attending medical school at all, he was hesitant to receive training in a majority anti-abortion state.

The state has only one licensed abortion facility, the Jackson Women’s Health Organization, and it provides abortion procedures up to 16 weeks of pregnancy.

Among peers, Martin said, he’s overheard anti-abortion conversations and a general disdain toward physicians who chose to perform abortions. Until recently, he avoided expressing his desire for abortion training out of fear of judgment.

“When I told another medical student I wanted to be taught about abortions, they basically told me to do my residency elsewhere,” Martin said.

Likewise, Vega said that when her residency starts in her third year of medical school, she hopes to transfer to a state where abortion training and procedures are more accessible. She said she turned to local doctors and hospitals for help after finding Texas A&M’s abortion training inadequate, but most declined out of fear of being associated with abortion in a heavily anti-abortion region.

“It’s disheartening to know thousands of students like me are having their education limited,” Vega said. “Without abortion training, I also won’t learn the basics of how to save someone’s life during a dangerous miscarriage. I pay to be educated. It’s what I demand.”

Merritt of Medical Students for Choice said she’s been alarmed to hear that schools within the University of Texas system are wavering on whether to teach about abortion. As such fears spread in other states, medical schools, she said, have an obligation to be forthcoming about what their curriculum will entail so prospective students can make informed decisions.

Doctors warned they will lose their job or face jail

It’s not just medical students who are worried about how abortion policies will affect their ability to provide care.

Christina Bourne, medical director for Trust Women, a women’s health clinic with locations in Wichita, Kansas, and Oklahoma City, said many physicians and leaders in conservative states dissuade both students from training in abortion and doctors from practicing it.

The rising anti-abortion climate, she said, has only deepened the lingering dread that followed the fatal shooting in Wichita of physician George Tiller on May 31, 2009 by an anti-abortion extremist.

“In Kansas and Oklahoma, the murder of George Tiller is still felt and still makes people fearful to openly train or perform abortions,” Bourne said. “Then that fear is tripled with Oklahoma’s SB 612 bill and similar ones in Texas.”

On Tuesday, Oklahoma Gov. Kevin Stitt signed SB 612 bill into law, making performing an abortion a felony punishable by up to 10 years in prison. While Bourne is hopeful the bill will ultimately be rejected by a judge, she said such laws, and the stigma around abortion that follows in their wake, create challenges for students and physicians who want to learn or perform the procedure.

In Kansas, Quinn Jackson, a board-certified family medicine physician in an abortion clinic, said state barriers to abortion procedures have complicated doctors’ abilities to provide patients with adequate care. Patients are required to undergo ultrasounds and multiple visits, while those coming from states like Texas must shoulder lodging and transportation costs.

The limits on doctors practicing abortions are new, Jackson noted. During Jackson’s residency in Arizona, they were trained to perform abortions up to 16 weeks and later received training independently for up to 20 weeks and six days, the limit in Kansas.

Jackson said physicians in Kansas are told that performing abortions will make it more difficult to find employment at another hospital or clinic.

“I’m about to start a new job where they specifically told me I could not perform abortions,” they said. “Most doctors in Kansas have to choose between a job and performing abortions.”