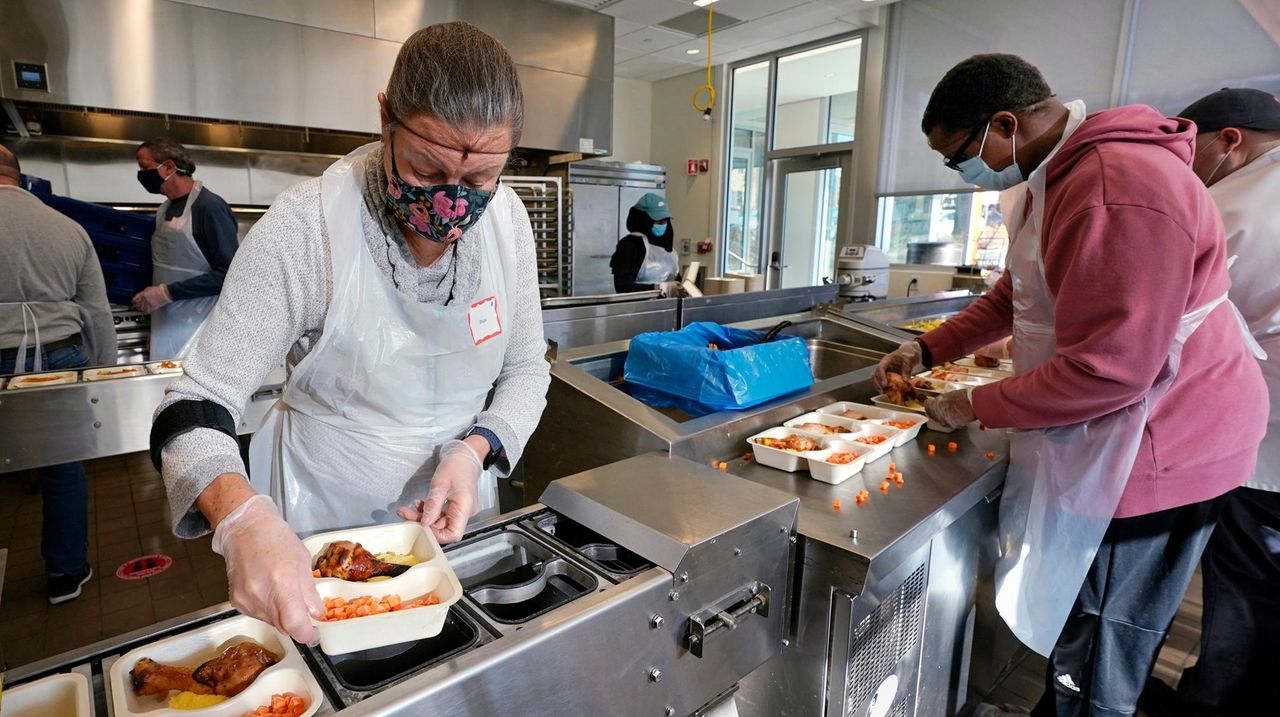 When COVID-19 first swarmed the United States, one health insurer called some customers with a question: Do you have enough to eat?

Oscar Health wanted to know if people had adequate food for the next couple weeks and how they planned to stay stocked up while hunkering down at home.

Food has become a bigger focus for health insurers as they look to expand their coverage beyond just the care that happens in a doctor’s office. More plans are paying for temporary meal deliveries and some are teaching people how to cook and eat healthier foods.

Benefits experts say insurers and policymakers are growing used to treating food as a form of medicine that can help patients reduce blood sugar or blood pressure levels and stay out of expensive hospitals.

“People are finally getting comfortable with the idea that everybody saves money when you prevent certain things from happening or somebody’s condition from worsening,” said Andrew Shea, a senior vice president with the online insurance broker eHealth.

This push is still relatively small and happening mostly with government-funded programs like Medicaid or Medicare Advantage, the privately run versions of the government’s health program for people who are 65 or older or have disabilities. But some employers that offer coverage to their workers also are growing interested.

The latest LI business news in your inbox Monday through Friday.

Medicaid programs in several states are testing or developing food coverage. Next year, Medicare will start testing meal program vouchers for patients with malnutrition as part of a broader look at improving care and reducing costs.

Nearly 7 million people were enrolled last year in a Medicare Advantage plan that offered some sort of meal benefit, according to research from the consulting firm Avalere Health. That’s more than double the total from 2018.

Insurers commonly cover temporary meal deliveries so patients have something to eat when they return from the hospital. And for several years now, many also have paid for meals tailored to patients with conditions such as diabetes.

But now insurers and other bill payers are taking a more nuanced approach. This comes as the coronavirus pandemic sends millions of Americans to seek help from food banks or neighborhood food pantries.

Oscar Health, for instance, found that nearly 3 out of 10 of its Medicare Advantage customers had food supply problems at the start of the pandemic, so it arranged temporary grocery deliveries from a local store at no cost to the recipient.

The Medicare Advantage specialist Humana started giving some customers with low incomes debit cards with either $25 or $50 on them to help buy healthy food.

The insurer also is testing meal deliveries in the second half of the month. That’s when money from government food programs can run low. Research shows that diabetes patients wind up making more emergency room visits then, said Humana executive Dr. Andrew Renda.

“It may be because they’re still taking their medications but they don’t have enough food. And so their blood sugar goes crazy and then they end up in the hospital,” he said.

David Berwick of Somerville, Massachusetts, credits a meal delivery program with improving his blood sugar, and he wishes he could stay on it. The 64-year-old has diabetes and started the program last year at the suggestion of his doctor. The Medicaid program MassHealth covered it.

Berwick said the nonprofit Community Servings gave him weekly deliveries of dry cereal and premade meals for him to reheat. Those included soups and turkey meatloaf Berwick described as “absolutely delicious.”

“They’re not things I would make on my own for sure,” he said. “It was a gift, it was a real privilege.”

These programs typically last a few weeks or months and often focus on customers with a medical condition or low incomes who have a hard time getting nutritious food. But they aren’t limited to those groups.

Indianapolis-based Preventia Group is starting food deliveries for some employers that want to improve the eating habits of people covered under their health plans. People who sign up start working with a health coach to learn about nutrition.

Then they can either begin short-term deliveries of meals or bulk boxes of food and recipes to try. The employer picks up the cost.

It’s not just about hunger or a lack of good food, said chief operating officer Susan Rider. They’re also educating people about what healthy, nutritious food is and how to prepare it.

A 2019 study of Massachusetts residents with similar medical conditions found that those who received meals tailored to their condition had fewer hospital admissions and generated less health care spending than those who did not.

Study author Dr. Seth Berkowitz, of the University of North Carolina, noted that those meals are only one method for addressing food or nutrition problems. He said a lot more can be learned “about what interventions work, in what situations and for whom.”

A lack of healthy food “is very clearly associated with poor health, so we know we need to do something about it,” Berkowitz said.