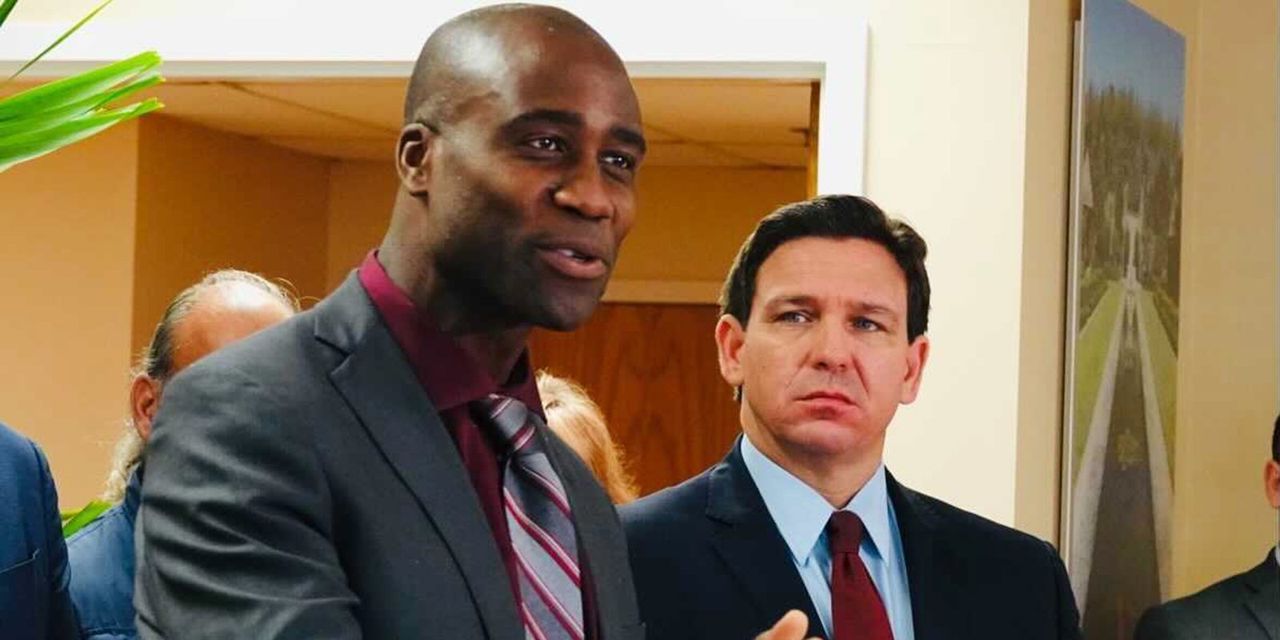 The Sunshine State is bucking the public-health consensus again. “The Florida Department of Health is going to be the first state to officially recommend against the Covid-19 vaccines for healthy children,” Surgeon General

Cue the outrage. The American Academy of Pediatrics called the recommendation “irresponsible.” The Infectious Diseases Society of America accused Dr. Ladapo of putting “politics over the health and safety of children.” White House press secretary

jabbed: “It’s deeply disturbing that there are politicians peddling conspiracy theories out there and casting doubt on vaccinations.”

Dr. Ladapo is doing no such thing. He is merely acknowledging the abundant scientific evidence that Covid-19 poses a negligible risk to healthy children, which makes it impossible to know if the benefit of vaccination outweighs the risk.

Start with the exceedingly low likelihood of severe illness or death. A recent study in the Lancet estimated the infection fatality rate for those under 18 at between 0.0023% and 0.0085%—meaning 2.3 to 8.5 of every 100,000 children who get infected will die. Rates are lowest among those 5 to 11.

The Centers for Disease Control and Prevention reports there were 66 Covid-19 deaths among children 5 to 11 between Oct. 3, 2020, and Oct. 2, 2021—exactly the same number as died from suicide, which is exceedingly rare among this age group—in 2019. By comparison, there were 969 deaths in this age group from unintentional injury and 207 from homicide in 2019.

Polio paralyzes 1 in 200 infected children, and the fatality rate for measles ranges between 0.1% to and 0.3%. That’s why childhood vaccinations are recommended for both. The risk of hospitalization from the flu for children 5 to 11 is 50% higher than from Covid and the related multisystem inflammatory syndrome combined. MIS in rare instances can cause gastrointestinal and cardiovascular symptoms after infection.

Hospitalizations among children did increase during the Omicron wave relative to previous surges, but they still remained very low—80% lower than among young adults—and it’s not known how many children tested positive during admission for other maladies such as broken bones.

vaccine for children 5 to 11 after a small trial (about 1,500 kids received Covid shots) found it was 90% effective at preventing symptomatic illness. But the vaccine’s efficacy rapidly waned, even more so than in adults, especially as the Omicron variant spread.

A recent study from New York state found that vaccines showed efficacy against hospitalization among 5- to 11-year-olds, though it declined from 100% in mid-December to 48% by the end of January. But because that risk is so low to begin with, the protection against it doesn’t amount to much.

Vaccine efficacy against infection, meanwhile, turned negative during the Omicron surge a month after kids were inoculated (minus 10%) and declined even more after six weeks (minus 41%). This means vaccinated children were significantly more likely to catch Covid than the unvaccinated. How can that be? One possible explanation is that the unvaccinated may have been more likely to have been previously infected, and natural immunity is more protective than vaccines.

But this makes vaccinating children even more senseless. The vast majority have already been infected. The CDC estimates that 58% of children under 18 had infection-induced antibodies as of January, based on commercial laboratory blood samples.

This is almost certainly an underestimate. Antibodies have probably faded in those who were infected earlier in the pandemic, and a study in the Journal of the American Medical Association found 63% of children under 18 who tested positive for the virus on PCR tests didn’t generate antibodies in their blood. Unlike the current crop of vaccines, prior infection stimulates mucosal immunity—including antibodies in the saliva and nasal passages—that can provide a strong barrier to infection.

As for risks, there’s no evidence that Pfizer’s vaccine causes long-term harm to children. But its trial enrolled too few children to discern very rare adverse events, which could exceed the risks from the virus. Some 40% of children 5 to 11 reported systemic reactions after their second shot (e.g., fatigue, headache, fever). About 10% missed school, and 1% needed medical care.

Such literal headaches may be worth enduring for adults, but it’s far from clear they are for children. One nontrivial risk that should concern public-health officials is that side effects from Covid shots could make children and parents wary of other vaccines.

“Face the Nation” that vaccinating children is the right thing to do, and “this is also what the authorities of all the world believe, with the exception, of course, of Florida.” That isn’t quite true. Germany, Norway and Sweden don’t recommend vaccines for healthy children under 12, and the Danish Pediatric Society has urged its government to follow suit.

The public-health consensus has been wrong time and again during the pandemic. When it comes to vaccinating children, especially the youngest, Dr. Ladapo is right.

Ms. Finley is a member of the Journal’s editorial board.