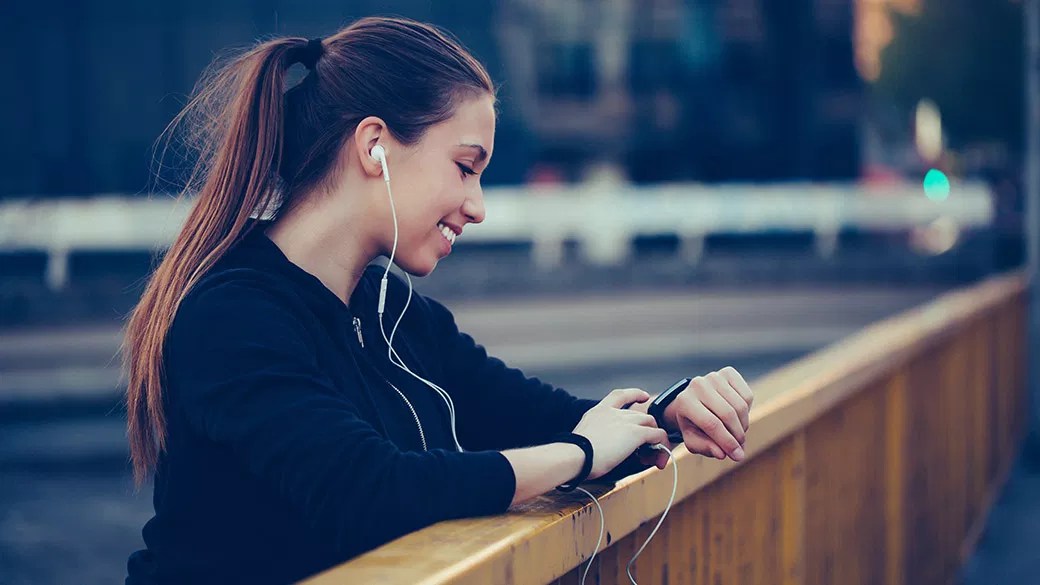 Is the Fitbit Charge 4 or Fitbit Versa 3 best?

Wearable health tech, such as fitness trackers, offers you a convenient way to keep an eye on your workout progress, calories burned and other fitness data. One of the industry leaders in this space is Fitbit, which offers several products that range from basic fitness trackers to more advanced devices, such as smartwatches.

If you’re considering buying a Fitbit Versa 3 or Charge 4, it’s worth knowing the pros and cons of these two popular fitness trackers. The primary difference between these two products is that the Charge 4 is a dedicated wrist fitness tracker, whereas the Versa 3 is more of a smartwatch.

The Fitbit Charge 4 fitness tracker came out in March 2020, and it’s the latest model of the product lineup. A newer model is expected to be released in late September 2021. The design of the Charge 4 is like a wristband with a rectangular screen that offers a seamless look. It features a gray scale OLED touch-screen. Users can swipe the screen and use the button on the left of it to navigate the interface.

The price of the Fitbit Charge 4 is $120-$150, depending on the retailer and promotions. You can find this device sold by Amazon.

This fitness tracker offers a built-in GPS, which isn’t available on older versions of the Charge series. The seven-day battery on the Charge 4 should be enough for most users, and is a good amount of time to last on a device that’s always running. It offers swim tracking with water resistance up to 50 meters.

The screen size of the Charge 4 is small, which makes it difficult to read for some people. The gray scale display is a bit disappointing, as most competitive products have a color display.

The Fitbit Versa 3 offers a combo fitness tracker and smartwatch. It’s loaded with several features, including a built-in Google Assistant, GPS and Alexa. This device also offers a high-resolution, color touch-screen that users can set to an always-on mode. Customers can digitally change the watch face, which means there are several options to customize it. The straps are also removable and simple to swap out for other options. The battery life of this Versa is around six days with regular use, and it offers fast-charging capabilities.

Another useful feature of the Fitbit Versa 3 is a built-in mic and speaker that allows users to take calls using Bluetooth. The controls of the Versa 3 let users adjust the volume and send calls to voicemail. Customers can use the Fitbit Versa 3 to store and play music through apps available on the Android and iOS stores. The music apps might not be available in certain countries and may require a subscription for use.

The Fitbit Versa 3 offers a stunning color touch-screen that looks amazing on the wrist. Users can wear it during their swims and go down in the water up to 50 meters. The device offers ambient light and temperature sensors.

This device can feel big and bulky on the wrist, especially compared to dedicated fitness trackers, which are smaller and lighter. With a price tag of around $230, the Fitbit Versa 3 is expensive. Other smartwatches and fitness trackers with similar features are available at lower prices.

Should you get a Fitbit Charge 4 or Versa 3?

Both the Fitbit Charge 4 and Versa 3 are great fitness trackers with all the features you can expect from high-quality products. The screen on the Charge 4 is a major weakness when compared to the Versa 3, but the Charge 4 is significantly cheaper than the Versa 3. An advantage of the Charge 4 is that the design makes it more durable for rough use.

The screen is the major differentiating factor in the Fitbit Versa 3 vs. Charge 4 battle. The larger screen on the Versa 3 shows a lot more information about your workouts. The smaller screen on the Charge 4 might be a benefit to users who are looking for a more discreet device. Some customers who wear a regular watch might not want another “watch” on their wrist, so the discreet and unique appearance of the Charge 4 may be appreciated.

In the battle of Fitbit Charge 4 vs. Versa 3, there may not be a clear winner. It comes down to your personal preferences and requirements when deciding what’s the best Fitbit to buy. If you’re looking for a smartwatch that’s more than just a fitness tracker, the higher price of the Versa 3 is worth it. If you plan on using the device purely as a fitness tracker, the Fitbit Charge 4 is capable of offering all the features you need to track your health and fitness routine.

Sign up here to receive the BestReviews weekly newsletter for useful advice on new products and noteworthy deals.

Ali Azhar writes for BestReviews. BestReviews has helped millions of consumers simplify their purchasing decisions, saving them time and money.