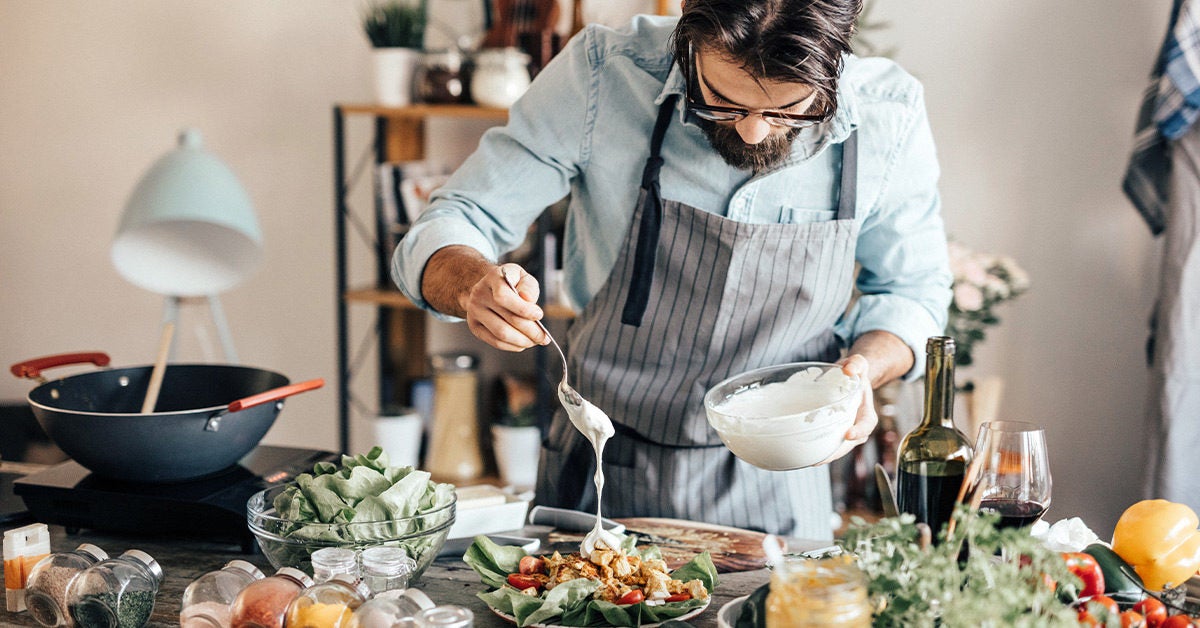 Reducing red meat is important for a heart healthy diet, but so is choosing the right protein replacement.

Two new preliminary studies are highlighting the importance of cutting down on red meat and instead consuming plant-based proteins.

Both studies were presented at the American Heart Association’s Epidemiology and Prevention|Lifestyle and Cardiometabolic Health Scientific Sessions 2020.

“People should consider replacing animal protein sources such as red and processed meat with healthy plant proteins such as nuts, legumes, and whole grains,” Zhilei Shan, PhD, a postdoctoral research fellow in the department of nutrition at Harvard T.H. Chan School of Public Health in Boston, told Healthline.

That study used data from eight National Health and Nutrition Examination Survey cycles from 1999 to 2014 to examine the association between eating habits and health outcomes for more than 37,000 people in the United States with an average age of 50.

Using caloric information, researchers were able to estimate that by replacing just 5 percent of daily calories from animal protein with the same amount of plant protein, people could decrease their risk of any cause mortality coronary heart disease by 50 percent.

Even replacing 2 percent of calories in animal proteins with plant alternatives was associated with a 32 percent lower risk of death, the researchers reported.

Researchers in that study found that men could drastically lower their risk of coronary heart disease by substituting a single serving of red meat or processed meat with foods such as nuts, legumes, whole grains, or dairy.

Unlike previous studies that focus solely on the effects of red meat, the objective of this research was to look at how replacing it with other alternatives would affect overall well-being.

“Our findings support current recommendations, to limit consumption of red meat, and suggest that high quality plant-based proteins (such as nuts, legumes, soy) are good alternatives for those planning to cut down their red meat intake,” Laila Al-Shaar, PhD, a lead study author and a postdoctoral research fellow in the Harvard T.H. Chan School of Public Health’s cardiovascular epidemiology program, told Healthline.

Al-Shaar and her team looked at data from 43,000 men from between 1986 and 2010 who were part of Harvard’s Health Professionals Follow-Up Study.

During that time, participants completed questionnaires about their diet every 4 years.

The researchers found that depending on the replacement for red meat, there were different protective effects.

For example, replacing a daily serving of red meat with an equivalent number of calories from nuts was associated with a 17 percent lower risk of dying from a heart attack.

Replacing one daily serving of red meat with whole grains resulted in a 48 percent lower risk of dying of a heart attack.

Taken all together, the studies add to a growing body of evidence about the importance of limiting red and processed meat and instead opting for healthy plant-based alternatives.

“The tides are turning on red meat and especially processed red meat. Plant-based protein is what we are seeing as more natural and do not need to go through an intermediary animal before we eat the protein,” Dr. Satjit Bhusri, a cardiologist at Lenox Hill Hospital in New York City, told Healthline.

Kristin Kirkpatrick, MS, RDN, manager of wellness nutrition services at the Cleveland Clinic Wellness Institute in Ohio, called the findings of the two studies “not at all surprising.”

“Over the past decade, there have been multiple studies showing that more plants in the diet often equates to greater longevity through decreased chronic disease risk and inflammation. In particular, plant-based diets have been proven to be the best option for reducing the risk of heart disease,” she said.

Despite the health risks, people in the United States continue to eat too much red meat and processed meats — meats that are typically packed with salt and preservatives.

There are also few signs that trend is slowing. Meat consumption in the United States hit an all-time high in 2018.