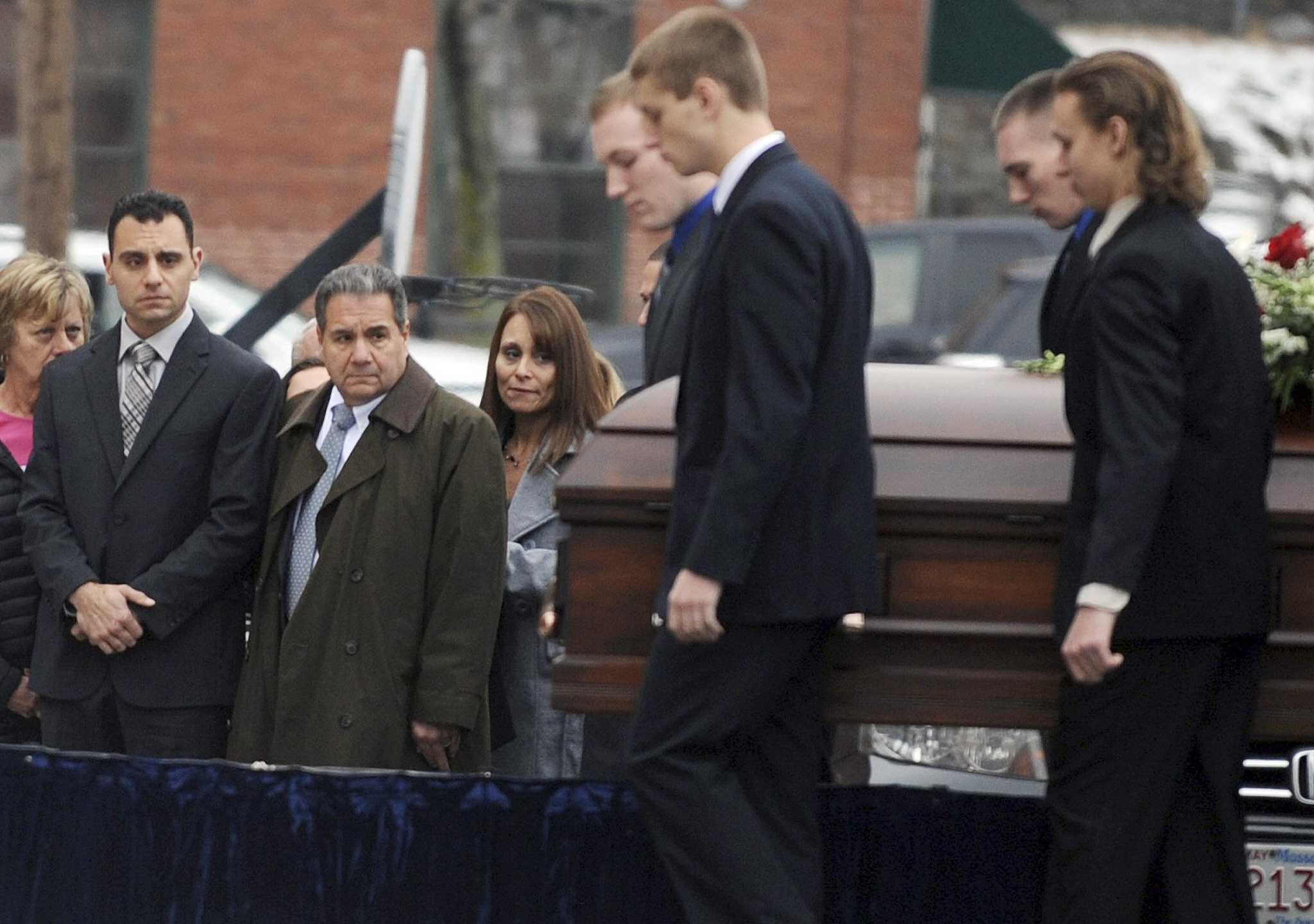 VERNON — Jury selection has begun in the case of a Connecticut man accused of killing his wife after the woman’s Fitbit data contradicted his claims that an intruder was responsible for the 2015 homicide.

Police said Richard Dabate initially told investigators his wife was shot and killed by a masked intruder in their Ellington home. But a key piece of evidence in the prosecution’s case against the 45-year-old emerged when Connecticut State Police said they obtained the data from a Fitbit fitness tracker used by his wife, Connie Dabate.

The data shows Connie Dabate was moving around after the time when her husband told investigators the intruder assaulted him and killed his wife, according to the arrest warrant.

Richard Dabate is free on $1 million bond after pleading not guilty to murder, tampering with physical evidence and making a false statement in the case, according to court records.

The case, which drew national attention, is now moving forward to trial six years after police were initially called to the family’s Birchview Drive home on the morning of Dec. 23, 2015.

A tentative date of April 5 has been set for the trial to begin, according to the clerk’s office in state Superior Court in Vernon.

According to his arrest warrant, Richard Dabate admitted to having an affair with a woman who was pregnant with his child. He initially claimed to investigators that his wife was unable to have another baby, so the couple did “untraditional things” to have a child with a friend who was single, and they planned to co-parent together, the warrant stated.

But Richard Dabate, who had two children with his wife, later changed his story, according to the warrant, telling investigators the pregnancy was “unexpected.”

The woman also told friends Dabate’s wife would “eviscerate him in court” if she found out about their relationship, according to the warrant. Police said this further undermined Richard Dabate’s initial story that his wife knew about the pregnancy, the warrant stated.

After Dabate’s arrest in 2017, prosecutors said they uncovered evidence that he had been involved in a second affair prior to his wife’s killing, the Hartford Courant reported.

Dabate’s attorney, Trent LaLima, argued against allowing evidence of the affairs to be presented at trial, saying they were “just an attempt to dirty up Mr. Dabate’s reputation.”

LaLima’s office on Friday declined to comment further on the case because jury selection had begun.

Richard Dabate hit a panic alarm inside the home and called 911, moaning and pleading for help, the morning of the killing, the warrant stated.

The first responder at the scene entered the home after seeing a haze of smoke, and found Richard Dabate lying on the floor bound to a folding chair that was tangled on top of him, according to the warrant.

Dabate told police his wife had come home after he had been tied up by an intruder, and the man shot his wife after he yelled for her to run, according to the warrant.

Dabate claimed the man burned him with a blowtorch and stabbed him with a box cutter, the warrant stated. Dabate told investigators he burned the intruder with the torch, and was able to get away and hit a panic button for the alarm on his keys and call 911, according to the warrant.

But a timeline of events later compiled by police revealed Connie Dabate’s Fitbit showed her moving after the time when the intruder was supposed to have shot her in front of her husband, according to the warrant.