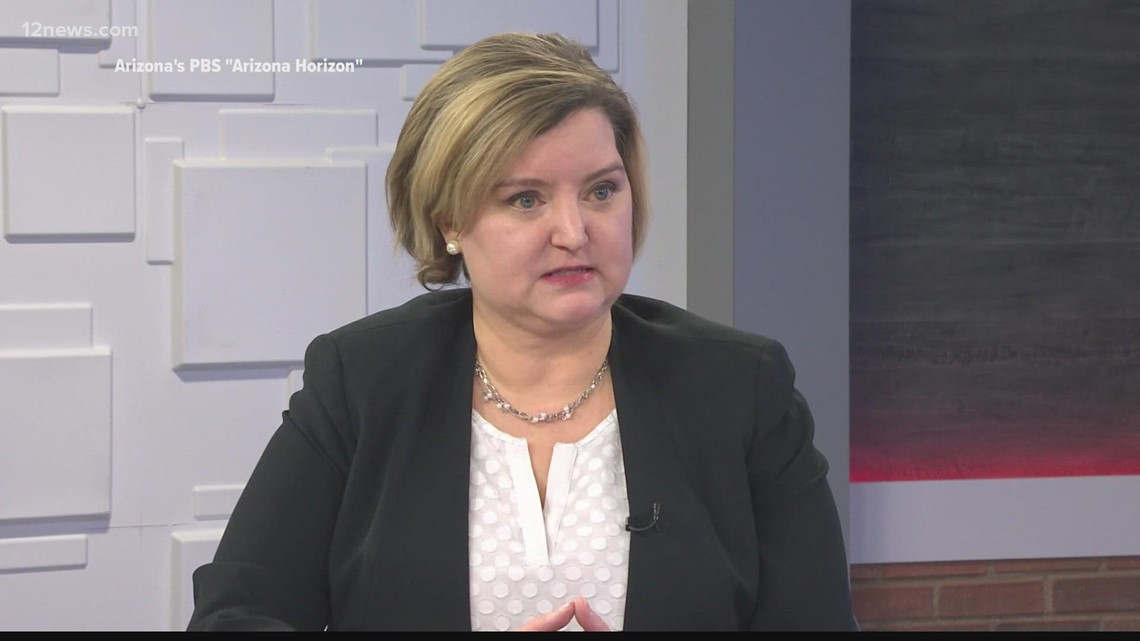 But a prominent critic still believes she needs to go.

The county’s top prosecutor gave her first TV interview Tuesday night since five top deputies called on Adel to step down last month because of questions about her sobriety.

Adel said she was proud of the work done by her office, the nation’s third-largest prosecutorial agency.

“I’m going to do the job that I was elected to do,” she said.

Adel called out Rick Romley, Maricopa County’s longest-serving county attorney and a friend of hers, for failing to talk to her directly last month about his public call for her to resign.

“I’m disappointed that Mr. Romley wouldn’t call me directly and have that conversation,” she said.

He told 12 News that he conveyed his resignation message to Adel through a close friend of hers who felt the same way.

“I’m just not sure that she’s understanding the seriousness of the situation as it exists today,” Romley said.

“I know that she’s just not in the office, still not full-time. I heard that as of last week, she was maybe in a half a day for the entire week. She’s not getting out into the community. That’s the job of the elected leader there.  There needs to be a restoring of trust in law enforcement.”

Romley said he hadn’t changed his mind. For him, Adel has to go

“She has to really rebuild the trust and confidence in the public,” he said. “And right now, I’m not sure that she’s up to the job.”

Adel either denied allegations against her as “innuendo” or denied they had ever been presented to her. “I will not stand for that,” she said.

Of her long absences from the office and alleged impairment, Adel said: “Nobody came to me with specific examples or concerns.”

Yet the five criminal division chiefs, as well as Adel’s former communications director, have all described how dealing with her sobriety affected the county attorney’s office.

In a single-spaced, four-page letter delivered to Adel last month, the division chiefs chronicled a three-month period after her release from treatment for alcohol addiction.

The chiefs said they put Adel on notice at a meeting on Nov. 30. They were concerned she’d had been drinking after getting out of a treatment facility two months earlier.

“As I have repeatedly conveyed, I believe the best use of the communications team is to communicate about the work of the office – not in defending the county attorney individually,” Liewer said in her resignation letter.

What’s Next For Adel?

Adel said she welcomed the ongoing investigation of her conduct by the Arizona State Bar “and cooperating fully with them.”

She said she respected the Maricopa County Board doing its own “due diligence.”

The Maricopa County Board appears to have hit a dead-end in its hunt for a legal avenue to either oust or sideline Adel.

The rules that govern Arizona attorneys’ professional conduct and discipline do allow for a lawyer’s transfer to inactive status based on a disability.

RELATED: ‘She should step down’: Maricopa County Board to look at options on dealing with Allister Adel

Adel was appointed county attorney in late 2018 and then was elected to a full four-year term in 2020.

Since a medical emergency on election night that resulted in surgery for a brain bleed,  Adel’s tenure has been defined by crises.

In September 2021, Adel was forced to reveal she had been seeking treatment for two weeks for alcohol abuse and an eating disorder.

In February, the five criminal division chiefs in Adel’s office delivered a blistering vote of no confidence that said she was impaired on the job.

RELATED: Allister Adel pushes back at staff who called for her to resign

Track all of our current updates with Arizona politics on our 12 News YouTube channel. Subscribe for updates on all of our new uploads.