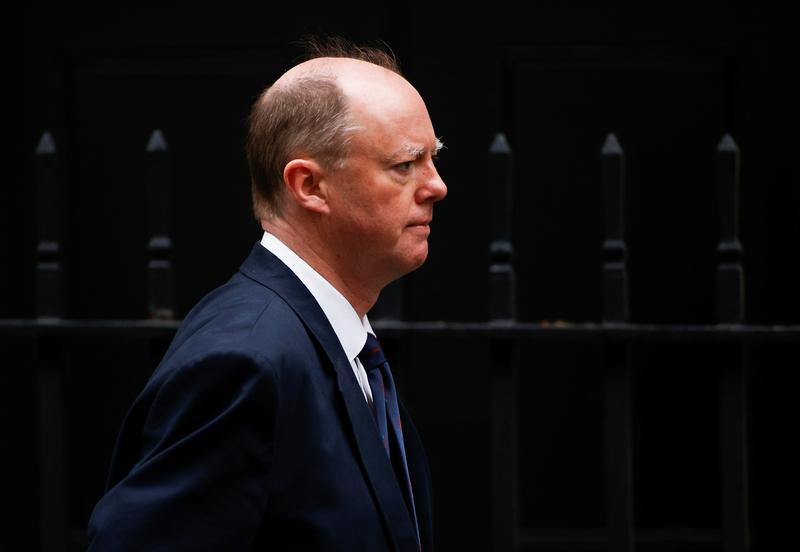 LONDON (Reuters) – Britain’s government condemned on Wednesday the harassment of chief medical officer Chris Whitty, when a young man videoed himself calling the medic a “liar” over the COVID-19 pandemic while he was queuing for food in central London.

Whitty, who has helped lead the scientific approach to fighting the coronavirus pandemic in England, was recorded putting on his mask while waiting in a queue outdoors at a street food stall by an unidentified young man.

The man can be heard calling Whitty a “liar”, adding: “You’re lying about the COVID-19 cases man. Come on man, stop lying to the TV, man.” Whitty did not respond to the jibes and looked straight ahead. It was not clear when the video was taken.

“Chris Whitty is an outstanding public servant who has worked incredibly hard and tirelessly to help steer us through what has been a very, very challenging time over the past year,” a spokesman for Prime Minister Boris Johnson said.

“It’s clearly unacceptable that someone who has done so much is being subject to this sort of behaviour.”

Britain, like many other countries, has seen a number of conspiracy theories spring up since the pandemic began, with the government stepping up its efforts to reassure people that vaccines are safe and to explain why restrictions are necessary.