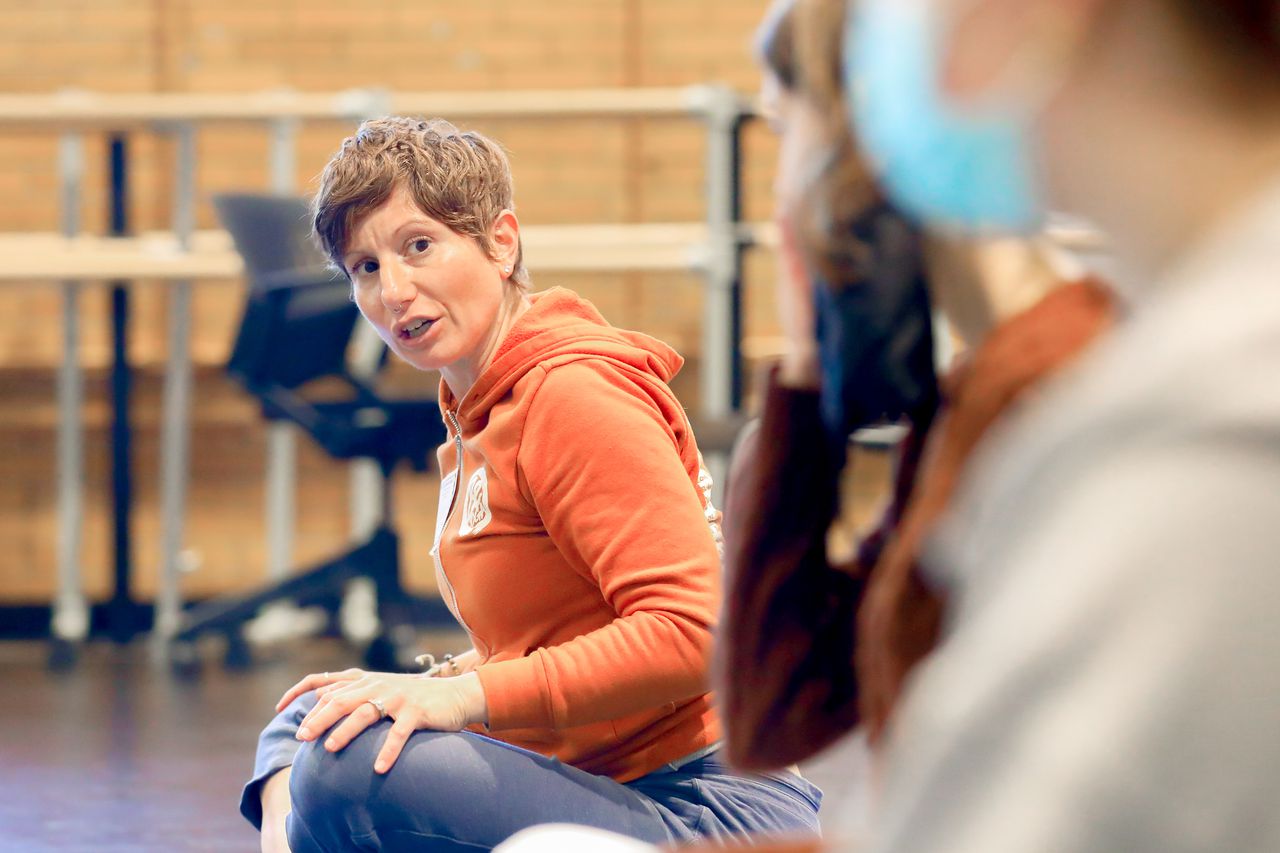 STATEN ISLAND, N.Y. — Students at Curtis High School are benefiting from a free yoga program that they say helps them release stress and tune into their true essence, despite the pressures of academics amid the coronavirus (COVID-19) pandemic.

“I am honored to have a chance to learn yoga at this level in school,” said Enoch Parmar, a senior at Curtis who is participating in the program, along with classmates Caterina Perrone and Anna McDonald. “We live in a society where we are forced to compete with one another, and I think using yoga as a place where love can really prosper has been really useful.”

The 200-hour Yoga Teacher Training program, offered in partnership with BeYoga, a studio based in Rosebank, offers students at Curtis an opportunity to earn a certification to be an instructor. The program was interrupted due to the pandemic and remote learning, but it is now being offered again due to the students’ interest in finishing the coursework and deepening their understanding of yoga.

“The practice of yoga is a way to bring someone back home to themselves,” explained Larissa Schiano-Gonzalez, yoga instructor and founder of BeYoga, adding she is inspired that the students want to finish the program — despite the halt in their yoga learning during the pandemic.

Schiano-Gonzalez is back at Curtis and working closely with the three seniors to help them complete their yoga instructor certification process.

Enoch started in the Yoga Teacher Training program this academic year, and said it has helped him ground himself. He mentioned how grateful he is to be practicing with Schiano-Gonzalez, recalling a particular moment when she helped him with the wheel pose, a challenging position he was finally able to achieve.

Anna, who is also in the process of completing the training program, said she leaves the yoga studio feeling relaxed and calm after every session.

And Caterina has been in the program since her sophomore year. She said she is glad to revisit yoga during her senior year, and feels this time around she is more involved. She said she wants to teach at a studio setting once she completes her certification.

“True rigor is when you go deep in a subject, so when these kids are learning how to teach it, they are understanding it from every aspect,” said Jennifer Korten, assistant principal at Curtis. “It’s helping them understand other people, as well as themselves in their own practice.”

Korten and Giustina Rossi, who has been a physical education teacher at Curtis for over a decade and has taught yoga to students since 2007, brought Schiano-Gonzalez on board in 2019, because they thought it would be a great idea to help kids at Curtis get certified as yoga instructors.

“I love hearing how into the yoga program these students are,” Schiano-Gonzalez said. “It’s really about creating a community where everybody feels welcome.”

The instructor was a single mother, dealing with the death of her son’s father, and working at a stressful job in Manhattan before she started her yoga journey.

“Yoga found me about 12 years ago,” she recalled.

“Everyone was getting laid off. I was a job developer who helped people find jobs. It was very stressful, and I noticed I started to suffer from a little bit from panic attacks and anxiousness, and I was like ‘oh, let me try yoga,’” recalled Schiano-Gonzalez.

She started practicing yoga during her lunch break at a gym next door from her job site in the city. A few months later, she decided to quit her corporate job.

“When I started practicing yoga, it took me to a place within myself that I’ve never been to before,” Schiano-Gonzalez explained. “I was able to really drop in, feel my body, and my breath. After doing it for some time, I realized that I didn’t want to work at a corporate job anymore. I was able to just wake up as a human being. I started wanting more out of life.”

Shortly after quitting her job, she enrolled in a yoga training program in Brooklyn, got her certification and started teaching at many different studios.

In January 2016, she opened up her own yoga studio, BeYoga, which currently has 17 instructors.

“We were so excited to bring the yoga program to the school,” Schiano-Gonzalez said. “I always think, if I would’ve had these tools of self-regulation and being able to work with my emotions at their age, how different maybe the decisions I made in my life would have been, or even the insight I would have had access to.”

Curtis has certified 20 students thus far in the Yoga Teacher Training program, according to the school.