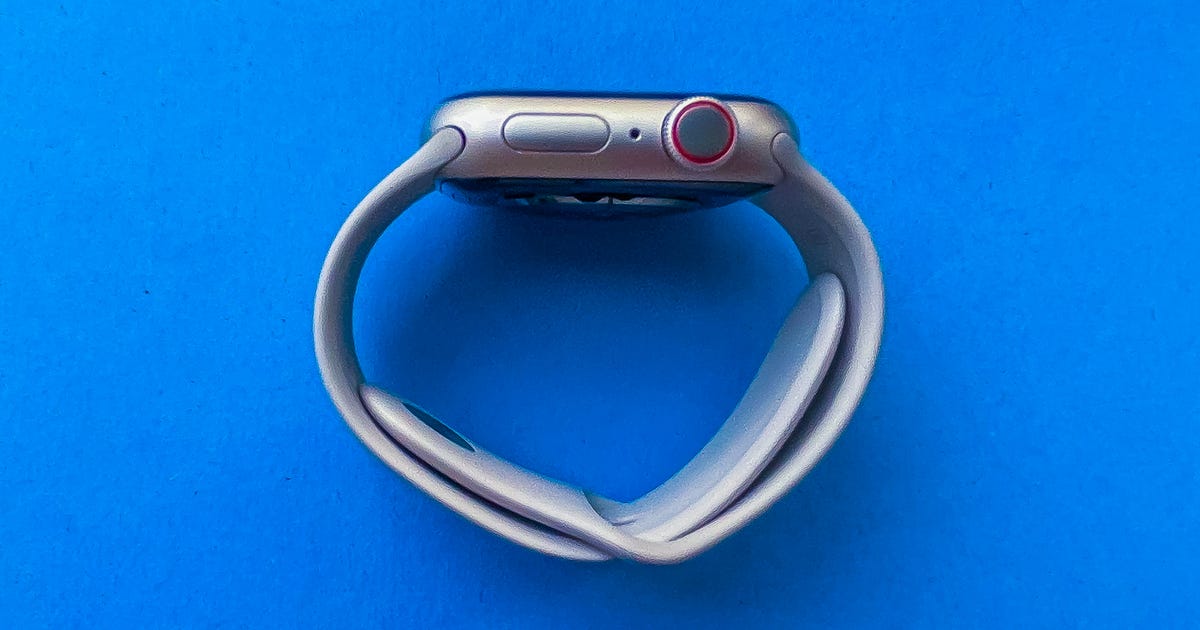 The Apple Watch has come a long way since its 2014 debut. The first version was little more than an iPhone notification machine, but it’s since evolved into a comprehensive fitness tracker and communication tool. That being said, there are plenty of improvements Apple could make.

While the Apple Watch’s wide selection of workouts, intuitive software and addictive Activity Rings have made it my favorite fitness tracker, I often find myself wanting more. Other gadget makers like Oura and Fitbit are outpacing Apple in certain areas, particularly when it comes to sleep tracking. It’s time for Apple to catch up, and I’m hoping its next smartwatch helps it get there.

Apple typically releases new Apple Watch models in the fall. But we’re expecting to get a peek at new software features for current and upcoming models in June when Apple typically holds its Worldwide Developers Conference. Here’s what I’d like to see.

Battery life has long been the Apple Watch’s Achilles’ heel. While the Apple Watch can usually get me through about a day and a half, Fitbit trackers and watches can last multiple days on a single charge. The Fitbit Sense, for example, can typically function for two to four days before requiring a charge, while the Fitbit Versa 3 has lasted up to six days according to CNET’s reviews. (But remember that battery life will always vary depending on usage.)

I’d love to see multiday battery life from the Apple Watch, even if it’s only three days. That would be enough to take my Apple Watch on a weekend trip without having to worry about plugging it in or packing a charger. It would also make the Apple Watch a more viable sleep tracker. I haven’t been using the Apple Watch to track sleep very often because I find its exercise and activity tracking to be a more valuable use of its battery. But extending the amount of time between charges could change that.

To be fair, Apple has worked around this by improving the Apple Watch’s charging speed with the Series 6 and 7. And that is helpful to some degree. If you wear your Apple Watch overnight, for example, you can top it off during your morning routine and still have enough juice to make it through the day. For most people, that’s an adequate solution. But since I’m so obsessed with closing my Activity Rings, my Apple Watch remains strapped to my wrist for as long as I’m awake. I also rely on it to keep me on schedule as I’m getting ready to leave the house in the morning, so I’d rather have it sitting on my wrist than its charger.

My Apple Watch can tell me a lot of things, like how many active calories I’ve burned and long-term progress toward my fitness goals. But one thing it can’t tell me is whether I need a rest day.

Since I’m usually very fixated on closing my Activity Rings, I sometimes push myself to work out when I probably need to take a break. There are also times when I know I can push myself harder, but I still opt for an easier workout. It would be great if the Apple Watch could help me navigate those decisions based on bodily signals, my recent activity and sleep.

Oura and Fitbit already offer metrics like this: readiness scores. As the name implies, a readiness score indicates whether your body is rested enough to tackle a heavy workout, or if you should skip the gym and rest up. Both Oura and Fitbit also offer advice and can adjust your fitness goals based on your score. For example, these apps might tell you to pay attention to how you’re feeling and get some rest if you receive a low score. And if you receive a good or average score, they might suggest a moderate workout.

The Apple Watch can nudge you to move if you haven’t made much progress toward closing your rings. It can also congratulate you when you’ve had a particularly active day. But it doesn’t have a specific metric that prioritizes recovery like Oura and Fitbit’s readiness scores. The Mindfulness app and Apple Fitness Plus’ mediation programs certainly help, but it would be nice to see recovery built into the Apple Watch’s goals and metrics in a meaningful way.

It sounds minor, but tips like this go a long way. On days when I’m feeling tired, a low readiness score along with a reminder to take it easy provides further validation that I don’t need to commit to a full workout if I don’t feel up to it. The Apple Watch’s mindfulness reminders don’t go far enough since they’re easy to ignore. The readiness score usually correlates more closely with how I’m feeling based on my sleep and activity, so it feels more meaningful than a reminder to take a deep breath.

The Apple Watch already does a good job motivating me to move. Now it just needs to remind me to rest.

Apple can record metrics like sleep duration, time spent in bed, sleeping pattern trends and respiratory rate, but that’s about it. Simply put, the Apple Watch just doesn’t have as much to offer compared to other fitness trackers when it comes to sleep monitoring.

To start, I’d love to see a breakdown of how much time I’ve spent in deep, light and REM sleep. Wearables from Fitbit, Oura, Samsung and Amazon can do this, with Apple being the major outlier. General sleep duration might be enough information for some people. But that extra context about specific states of sleep has helped me understand why I might be feeling tired even if I went to bed early the night before. Some wearables go even further and provide extra metrics like resting heart rate and body temperature during sleep.

Apple does offer other features geared towards improving sleep, like tools for winding down before bed and setting sleep goals. There are also several third-party apps like Pillow and AutoSleep that bring additional features such as sleep cycle tracking to the Apple Watch. But adding more comprehensive sleep monitoring to Apple’s own app would make the Apple Watch feel like an even more well-rounded wellness device.

Different activity goals for specific days of the week

It’s rare that any given day is exactly the same when it comes to exercise. Factors like how much sleep I got the night before, social plans, what I’ve eaten that day and whether I’m commuting to the office all impact how active I am. That’s why I wish I could adjust the Apple Watch’s goals according to each day of the week.

You can change your move, stand and exercise goals on the Apple Watch by opening the Activity app and tapping the Change Goals button. But there aren’t any options for tailoring those goals to specific weekdays. For example, I’d love to increase my move goal on days when I know I’ll be heading into the office since my commute involves a lot of walking.

More uses for the U1 chip

The Apple Watch Series 6 and 7 as well as the iPhone 11, 12 and 13 have Apple’s U1 ultra wideband chip. If you’re not familiar, ultra wideband is a wireless short-range protocol that allows for precise location tracking. But don’t think of it as an alternative for GPS. Rather, UWB is often used to help devices communicate with nearby gadgets within the same room. It makes Apple’s AirDrop sharing feature work more quickly since it can locate other nearby iPhones with more precision, for example.

Ultra wideband, or UWB, also improves the way the iPhone and Apple Watch models function as digital car keys. Compatible cars can recognize your device when it’s nearby, meaning the car will unlock as you approach it rather than requiring you to hold your phone or Apple Watch near a key reader.

This is a promising start, but I’d love to see even more clever use cases for the U1 chip. In theory, UWB could give our devices another layer of intelligence that essentially enables nearby gadgets to react to your presence. My colleague Stephen Shankland came up with some ideas for how UWB could be practically useful when he wrote about the technology last year.

Imagine if your TV could automatically switch to the right Netflix profile once it recognizes that your phone or watch is nearby. Or what if your smart speaker only gave calendar alerts relevant to the people in the room? Apple seems to be moving in this direction as evidenced by the HomePod Mini, which can provide certain haptic effects when transferring audio to an UWB-equipped iPhone. I’m hoping to see even more functionality like this built into the Apple Watch.

We’ll likely have to wait until the fall to learn what’s in store for the next Apple Watch. Based on Apple’s history, it seems plausible to expect routine upgrades like a new processor. But since the Series 7 felt more like a refinement of the Series 6 rather than a generational upgrade, I’m hoping to see bigger updates in the near future.


Get the CNET Mobile newsletter

Find the best phones, apps and accessories with our CNET Mobile newsletter. Delivered Tuesdays and Thursdays.